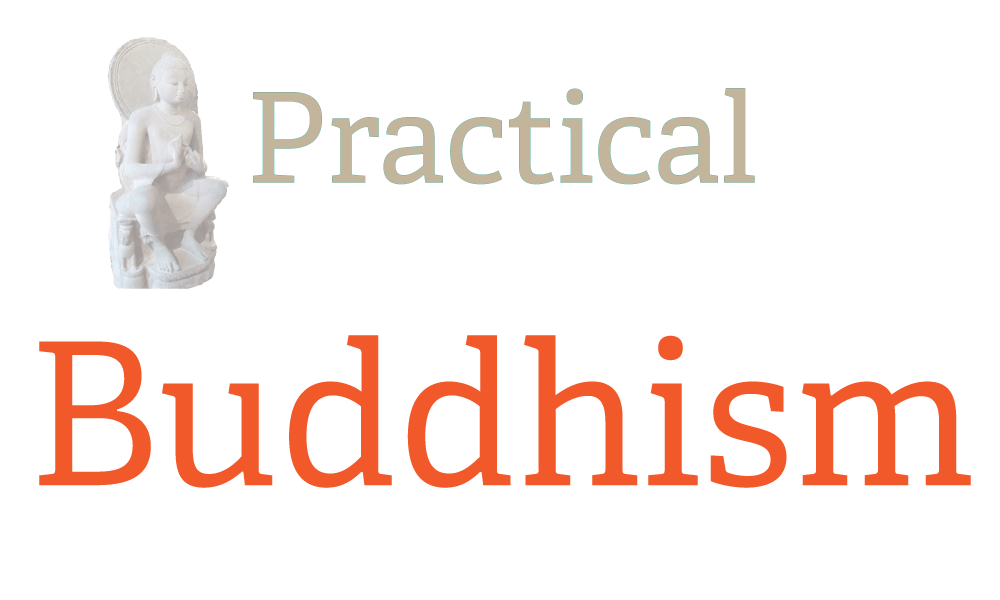 Practical Buddhism - Advice on the Practice of Buddhism

In this section we present essays, study guides and practical advice on the practice of Buddhist Dhamma, commonly known as Vinaya in Buddhist parlance, by both the lay  Buddhists, new initiates and experienced bhikkhus. Buddhism is essentially a religion of the mind. Mindfulness and meditation are the most talked about subject in the practice of Buddhism on the eightfold path for the final deliverance from the bondage of birth and death. Most of the articles in this section are written by venerable Buddhist monks for free distribution out of love and compassion for the humanity. Even if we do not practice this religion, some of the essays in this section can be immensely beneficial for achieving inner peace and equanimity of the mind by practicing mindfulness.

The Meaning and Practice of Mindfulness

Ten Teachings of the Buddha From the Dhammapada

The Buddha's Teaching on Right Mindfulness

Things as They Are, A Collection of Talks on the Training of the Mind

Healing power of the percepts

Meditating on No-Self A Dhamma Talk Edited for Bodhi Leaves

Metta The Philosophy and Practice of Universal Love

The objects of meditation

Going against the flow, using mindfulness to achieve neutrality

Starting Out Small, A Collection of Talks for Beginning Meditators

The Place of Vipassana in Buddhist Practice

The Path of Concentration and Mindfulness

Buddhism- A Method of Mind Training

Right mindedness on the Eightfold path of Buddhism

The Agendas of Mindfulness

The Power of mindfulness

A fistful of sand, talks and discussions about dhamma practice

Bodhinyana A Collection of Dhamma Talks

Friends and foes in Buddhism

Wealth and the right livelihood

Service to others according to Buddhism

The Buddha's method of teaching the Dhamma

Dana or the treausre of generosity in Buddhism

Dana, the practice of giving

The Buddhist code of conduct on meat eating

The search for security

The four stages in the progress of a Buddhist monk

Welfare of the Buddhist Sangha

The right conduct for the monks

Dhamma vinaya - Lists of summaries of training rules for the monks

Morals for the lay followers of Buddhism

The Buddha's method of teaching the Dhamma

The Bhikkhus' Rules A Guide for Lay people

Buddhism and the concept of renunciation

Buddhist monastic code on the rules of disrobing a monk

Four traditions of the Buddhist monks

The economy of gifts - code for the Buddhist monks

Glimpses of the Thudong Bhikkhu Life

Duties of the Sangha

Going Forth A Call to Buddhist Monkhood

Food for the Heart, Talks on the Dhamma practice

Buddhist Women at the Time of The Buddha

Thus I Have Heard Once - Buddhism