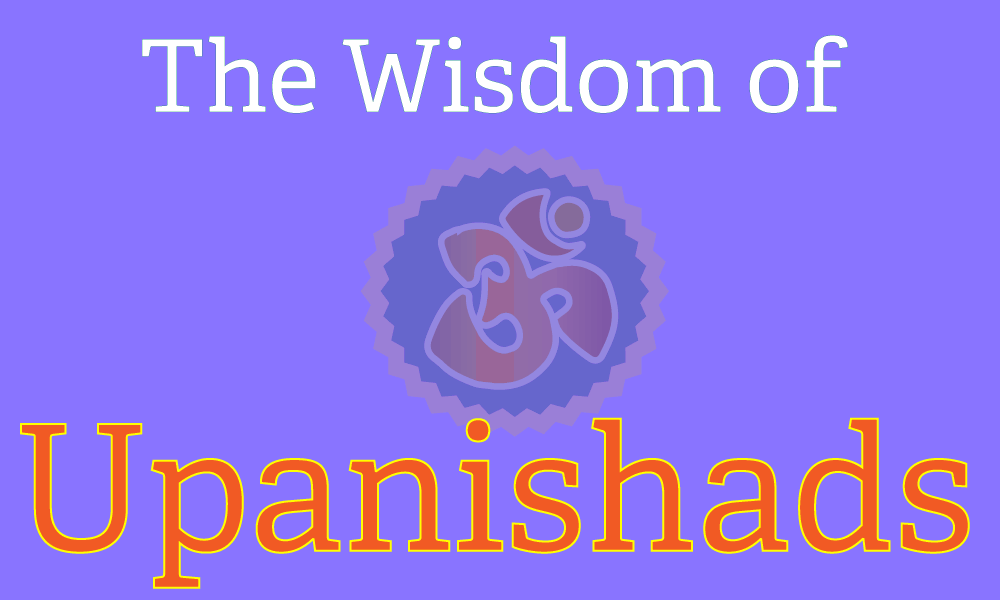 The Wisdom of the Upanishads, Main Page

The Upanishads constitute the fourth or the end part of the Ve-das. Since they form the end part of the Vedas, they are also collectively known as the Vedanta. Anta means, the end and Ve-da means knowledge. Vedanta thus not only means the end of the Vedas but also the end of all knowing and seeking. When you study the Upanishads and realize the knowledge contained in them, you reach the end of all knowing and enter into the eternal world of Brahman that has no beginning and no end. Based upon their content, the Upanishads are classified into Ve-danta Upanishads, Yoga Upanishads, and Sanyasa Upanishads. In addition, there are some Vaishnava and Saiiva Upanishads also. Based upon their composition they are classified into prose Upanishads and verse Upanishads. For example Brihadaranyaka, Chandogya, Taittiriya and Kena are prose Upanishads. while Isavasya. Katha, Mundaka and Svetasvatara are verse Upanishads. The Upanishads, the Brahmasutras and the Bhagavadgita occu-py a very important place in Hindu religious philosophy. Together they are considered the three that lead to the Place of Brahman (prastana traya). Of all the Upanishads, Brihadaranyaka, Aitareya, Chandogya, Kausitaki, Kena, Taittiriya, Isa and Katha Upanishads are considered the most ancient, composed long before the emergence of Buddhism. Excerpts from The Selected Upanishads by Jayaram V

The Upanishads are the heart of Hinduism. I was introduced to them by chance nearly forty years ago, and ever since my interest in them only grew. It was out of my interest I translated several Upanishads twice in the past. The first attempt was several years ago, and it was meant mainly for the Internet. In my recent attempt, which took me over a year, I translated 16 major Upanishads covering over 1700 slokas. For me the exercise was more like an active meditation with an opportunity to communicate with the best of the ancient minds and making sense of their universal vision of God and existence. In this section I want to share with you the wisdom of the Upanishads, whenever I am inspired to do so. I hope to present at least a few every month until my thoughts are exhausted or my interest has waned. I hope you will find them useful. Jayaram V

Cultivating Oneness With God and Manifesting His Will

How Do You Know the Self in You?

Birth and Conception in Hinduism

What Brings You Prosperity And Fame?

The Difference Between Devas And Asuras, Gods And Demons

Popular Themes of the Upanishads

Myths and Misconceptions About The Upanishads

Are The Upanishads Better Than Modern Psychology?

How Many Times Do You Reincarnate?

Krishna in the Upanishads

Sexual Morality in the Upanishads

Mahavakyas in Your Daily Life

Women in the Upanishads

Who Composed The Upanishads?

Which Upanishads One Should Read?

Exploring the Universe the Upanishadic Way

How Old are the Upanishads?

What are The Upanishads?