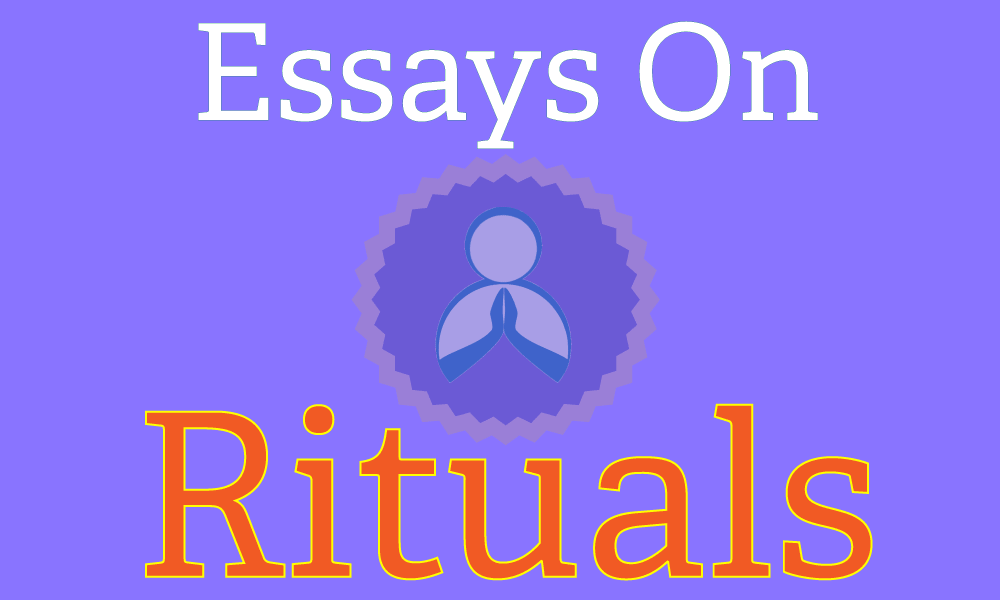 Essays on Hindu Rites and Rituals

The rituals of Hinduism are drawn mostly from the Vedic and Tantric traditions. The growth of Shaivism, Vaishnavism and Shaktism and the emergence of temple traditions also influenced the ritual and spiritual beliefs and practices of Hinduism. Most popular Hindu rituals are known as Yajnas, Homas, Vratas, Puja, Nitya Karmas, Archanas, and Arathi. Our knowledge of Hindu rituals is drawn mostly from the Srauta texts or Kalpa Sutras. Kalpa is one of the six Vedangas or limbs of the Vedas. Hindu rituals also have a symbolic significance as the internal rituals such as Yoga and Dhyana. Hindu ritual model is also the basis for many beliefs and concepts of Hinduism such as creation, karma yoga, procreation, rebirth, birth and death, etc. The following is a list of important essays available at Hinduwebsite.com about the ritual tradition of Hinduism.

Aspects of Vedic Ritual or Sacrifice

Symbolism of Vedic Rituals or Sacrifices

The Purpose of Hindu Rituals

A Brief History of Puja or Pooja, The Hindu Domestic Worship

Why and How Should We Pray? The Prayer Purpose

Praying With the Right Attitude

The Vedic Yagna, Yajna or Yagam

The Symbolic Significance of Puja Or Worship In Hinduism

Reasons For Idol Worship in Hinduism

Why Idol Worship or Image Worship is Justified in Hinduism?

The Secrets of Idol Worship

The Role of Archakas, Temple Priests, in Hinduism

Samskaras - The Sacraments of Hinduism

The Meaning and Significance of Vratas in Hinduism

The Meaning and Concept of Mantra in Hinduism