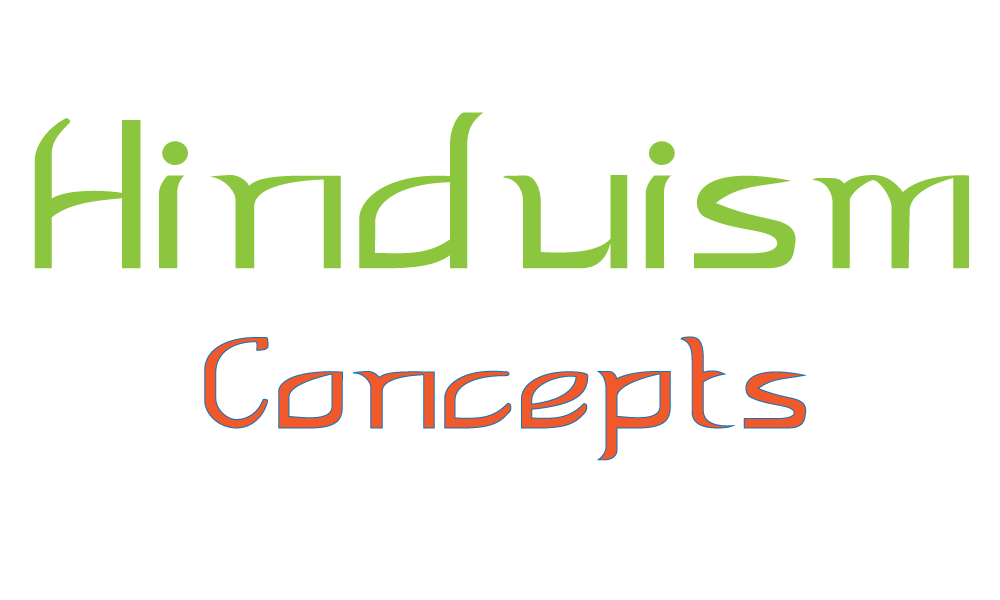 The Concepts of Hinduism

Hinduism is one of the most sublime religions of the world. The world is slow to recognize its importance in the development of human thought and acknowledge its contribution in the progress of our civilization. Only in recent times, it has been gaining the attention of intellectuals and educated people in various parts of the world. The popularity of yoga, migration of educated middleclass Indians, the teachings of many spiritual teachers who travel the world and the growth of internet are largely responsible for this. The following essays cover a wide range of subjects explaining the beliefs and practices of Hinduism

Hinduism is also a complex religion. It developed overtime accumulating the wisdom of ages for nearly 6000-7000 years. Hinduism, is also known as the eternal religion or Sanatana Dharma. Dharma primarily means duty, which is central to its beliefs and practices. We believe that everyone from highest God to the lowest living being in the manifest creation have been assigned specific duties and act according to natural disposition (Prakriti dharma). Therefore, The scriptures repeatedly emphasize the importance of doing your duty (dharma) and meeting your obligations that come with your  profession and status in the family. Hindu philosophy is also very complex and it has many sects and sub-sects, various branches of philosophy known as Darshanas and several scriptures each of which is revered with a considerable following of its own.

Hence, understanding Hinduism, Hindu way of life, Hindu dharma and philosophy is a great challenge for anyone who wants to explore the subject. In this section we hope to bring you the core concepts of Hinduism, its religious, historical and philosophical importance in the development of world religions and unravel the mysteries and secrets associated with its beliefs and practices. We will keep expanding and updating this section frequently. So please bookmark this page. - Jayaram V

"Acceptance of the Vedas with reverence; recognition of the fact that the means or ways to salvation are diverse; and the realization of the truth that the number of gods to be worshipped is large, that indeed is the distinguishing feature of the Hindu religion." - B.G.Tilak (Quoted by the Supreme Court of India on 2 July 1995 as the basic definition of Hindu)

What is Abhiman or Self Pride?

The Life and Legend of Abhimanyu

Aditi, The Mother of Hindu Gods

About Adityas, the 12 Suns, or Solar Deities

The Concept of Advaita Vedanta

Agasthya the Hindu Sage who drank the oceans

The Epic Story of Ahalya and Its Hidden Symbolism

What is ahamkara or egoism?

What is Ahimsa, Non-violence or Non-injury?

Ajivikas - Their History and Philosophy

The Concept of Ajnana, Ignorance in Hinduism

Akasa, Ether or The Sky and The Fifth Element

Amritam - The Nectar of Immortality

Ananda, the State of Bliss or Happiness

The Concept of Anatma in Hinduism

Sri Anjaneya,The Most Ancient Superman of the World

Annam or Food in Hinduism

Arjuna of the Mahabharata

The Meaning and Concept of Arya

The Origin and History of the Aryans of ancient India

Meaning and concept of Asat in Hinduism

Varnashrama or Ashrama Dharma, The Four Stages of Human Life

Asteya, the Virtue of Non-Stealing

The Concept of Astika (Existence) in Hinduism

Asvins, the Hindu Gods of Healing and Medicine

Honoring a Guest (Athidhi) in Hindu Ethical Code of Conduct

The Concept of Avatar or Incarnation in Hinduism

Meaning and Definition of Bhagavan

What is Bhakti or Devotion?

Bhakti Marg, the Path of Devotion

What is Brahmacarya in Hinduism?

Brahman the Supreme Universal Lord of All

What is Buddhi Yoga

The Concept of Chakras or Energy Centers Of The Human Body

Citta or Chitta in Yoga and Hindu tradition

What is Citta or Chitta?

Daksha, Daksha's Sacrifice and the Slaying of Daksha

Damaru, The Drum of Shiva

The Darshanas or Schools of Philosophy in Hinduism

Hinduism and the God of Death

Devayana - The Immortal Path of Liberation

What is Dhyana? Definition and Significance

Ego and Egoism According to the Bhagavadgita

Natural Evolution According to Hinduism

What is Faith? Faith According to Hinduism

The Meaning and Significance of Guru in Hinduism

Know All About Hindu Temples

Japa or Japam in Hinduism

The Concept of Jnana or Knowledge in Hinduism

Manas or the Mind

The Meaning and Concept of Manava

The Meaning and Concept of Mantra in Hinduism

Matmam - Tolerance and Dogma in Hinduism

History and information about Mathura and Vrindavan Temples

Meat Eating in Hinduism and Buddhism

What is Mount Meru?

The Meaning and Significance of Namaskar or Namaste

Nastika Vada or Atheism and Materialism in Hinduism and Related Religions

The Concept of Nirvana

The Meaning and Significance of Pashupata or Pashupatha

Pramanas - How Do You Know What is True or False?

What is Prana? The Five Types of Breath

Pushtimarg or the Path of Pushti Bhakti

Papam or Sin in Hinduism

Reincarnation or Rebirth in Hinduism

Rudra, Rudras the Gods of Hinduism

Samsara or the Transmigration of Souls

Samskaras - The Sacraments of Hinduism

What is Satsang and its importance in religious life?

The Meaning, Significance and Symbolism of Shri or Sri

The Idea of Perfection or Siddhi in Hinduism

The Concept of Sin in Hinduism

Skanda Matha, the Mother of Skanda

The Meaning and Concept of Sruthi in Hinduism

Svadhyaya or Self-Study in Hinduism

The Concept of Swasti or Wellbeing in Hinduism

Significance of Tirtha Yathra or Pilgrimages in Hinduism

Truth According to Hinduism

The History and Antiquity of Varanasi

Gods of Hinduism, the Eight Vasus

The Vedas, Meaning and Significance

The Vedangas: The Limbs of the Vedas

A Summary of The Vedanta

The Meaning and Significance of Vratas in Hinduism

The History, Practice, Benefits and Types of Yoga