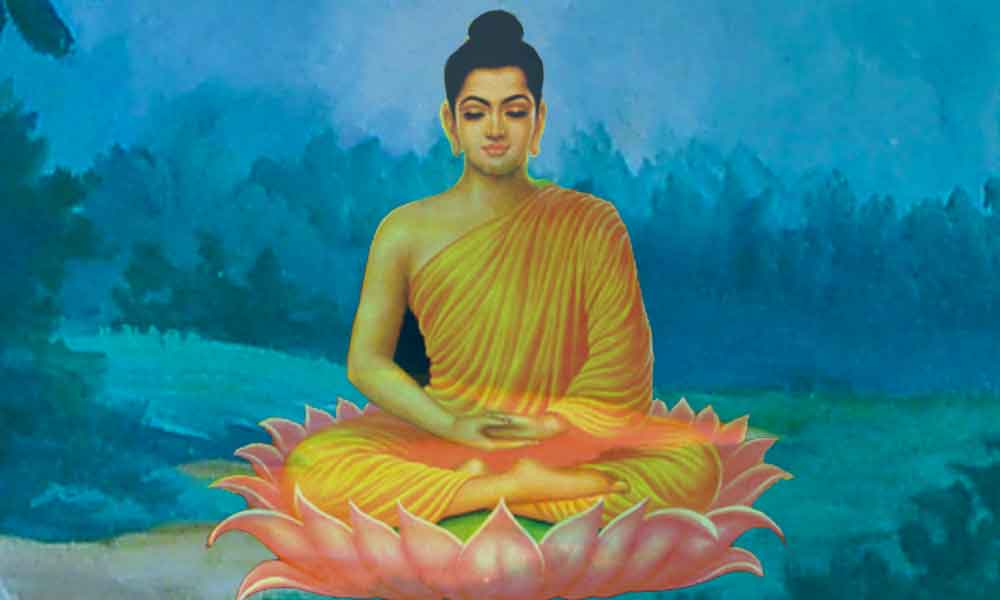 The Dhammapada : Translated by F. Max Muller. The e-text was prepared by Tom Weiss.

Buddha, the Gospel Contains the story and the teachings of the Buddha. compiled by Paul Carus. 379,141 bytes:

The Teaching of Buddha, The Buddhist Bible: Published in Commemoration of the 2500th Anniversary of the Birth of Sakyamuni Buddha. Translated from the Japanese by Author - Publisher - Dwight Goddard. Available here in four parts.

A Simple Guide to Life A comprehensive guide book on the right living according to the tenets of Buddhism by by Robert Bogoda.

Buddhist Women at the Time of The Buddha The stories on ancient Buddhist nuns written by Hellmuth Hecker, translated from the German

Record of Fa-hien travels to India and Ceylon - part 1 A narrative account of the experiences of Fahien, the Chinese traveler, in ancient India.

The bhikkhus' code of discipline. Rules and code of conduct for the monastic life of the Bhikkhus

Reading The Mind Advice for Meditators From the Talks of K. Khao-suan-luang Translated from the Thai by Thanissaro Bhikkhu

The Mahayana Buddhism Although the record of the Mahayana in literature and art is clear and even brilliant, it is not easy either to trace its rise or connect its development with other events in India. Its annals are an interminable list of names and doctrines, but bring before us few living personalities and hence are dull.

A Short History of Buddhism In Myanmar or Burma The history and development of Buddhism in Myanmar from earliest times till 19th Century.

Buddha, the Word Contains the fundamental teachings of the Buddha, the four noble truths, the eight fold path, his sermons and advice to his disciples. Compiled by Paul Carus 101,164 bytes

Maha kassapa, father of the Buddhist Sangha Revised and enlarged translation from the German by Nyanaponika Thera

Buddhism in a nutshell The story of the Buddha, the philosophy and practice of Buddhism. And brief it is not.

A Very Brief Exposition of the Views of the Four Indian Buddhist Schools This paper came from a series of posts made in the Buddhist area of America On-Line between 11/28/95 and 12/4/95. The author made these posts under the name of Jamyang. It was initiated by a request to teach the view of dependent arising in the nine yanas.

Reading The Mind Advice for Meditators From the Talks of K. Khao-suan-luang Translated from the Thai by Thanissaro Bhikkhu

Amitabha: A story of Buddhist Theology: Translated by Paul Carus . The story of Charaka the famous physician, king Kanishka and Asvaghosha.

Record of Fa-hien travels to India and Ceylon: Being an Account by the Chinese Monk Fa-Hien of his Travels in India and Ceylon (A.D. 399-414) in Search of the Buddhist Books of Discipline Translated and annotated with a Corean recension of the Chinese text BY JAMES LEGGE

Life of Sariputta, disciple of the Buddha: Sariputta, who was second only to the Buddha in the depth and range of his understanding, and his ability to teach the Doctrine of Deliverance. In the Tripitaka there is no connected account of his life, but it can be pieced together from the various incidents ...

From the Chinese Zen Masters: Contains the sayings and sermons, "gatha" poems, and other literary works of Chinese Zen masters. From the Manual of Zen Buddhism by Daisetz Teitaro Suzuki, D. Litt.

From the Japanese Zen Masters : Contains the teachings of Dai-o (1235-I308), Daito (1282-1336), and Kwanzan (1277-1360), the three outstanding luminaries in the history of the Japanese Rinzai school of Zen. From the Manual of Zen Buddhism by Daisetz Teitaro Suzuki, D. Litt., one of the most popular 20th century writers about Zen Buddhism.

Diamond Sutra: The Vagrakkhedika Or Diamond-Cutter (Diamond Sutra) Translated by E.B.Cowell. Taken from the Mahayana Texts (Sacred Books of the East Vol.49, 1894). 48,844 bytes

Tibetan Buddhism: Miscellaneous articles about Tibetan Buddhism from various sources on the Internet reproduced according to the permissions available.