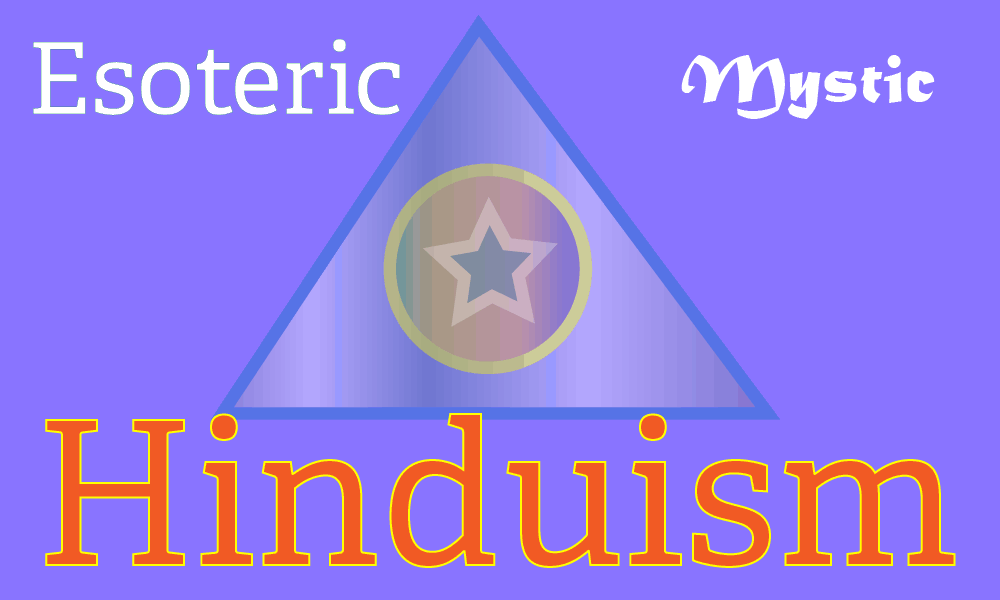 The Secrets of Mystic Hinduism

This section deals with known, unknown, secrets, beliefs, rituals, practices, history and philosophy of esoteric, mystic Hinduism. One of the dominant features of Hinduism is the secrecy associated with many of its practices. Historically, the higher aspects of Hinduism and mystic Hinduism were reserved for a few qualified practitioners. The scripture state that the deeper secrets of the Hinduism should be revealed only to the most qualified people and even that should be done by adept gurus at their discretion and according to the spiritual progress of their disciples. Because Hinduism is an ancient religion with its roots both in the ritual and spiritual traditions of ancient India, it is difficult to know it fully without spending considerable time in its study. To practice Hinduism, you may not require much effort, but to know it and master it, you need specialized knowledge, which cannot be done unless you study its scriptures and their subtle nuances.

Hinduism is complex religion. Its scriptures abound in symbolism while its rituals have manifest content and hidden content. Many secrets of Hinduism will never be made public because they are revealed under an oath of secrecy. In this section on we intend to publish essays on the esoteric and mystic aspects of Hinduism, which are in common knowledge. They are the hidden secrets of Hinduism, which are generally not revealed to the public. Their knowledge will help the readers understand its range and depth as a religion of the body, the mind and the spirit.

Secret Knowledge of Mantras and Their Purpose

The Mantra tradition is the heart of Hinduism. Find out unknown facts and hidden secrets of the mantras and their true purpose in Hindu ritual and spiritual practices.

Gods and Humans: The Right Way to Worship Our Gods

Find out the right way to worship gods and seek their help in our daily lives to realize our material and spiritual goals or perform our duties.

The Meaning and Significance of Heart in Hinduism

The meaning, symbolism, and significance of heart in Hinduism in different planes of existence and its various interpretations in the Upanishads

The Amazing Power of Manasa Puja or Mental Worship

This is about manasa puja, an important devotional and spiritual practice of Hinduism, also known as mental worship or mystic worship

How to Pray? A Brief Guide to the Art of Praying in Hinduism

Four important questions that you need to know in religious and spiritual practice. How to Pray? What to Pray? When to Pray? and Where to Pray?

The Sacred Animals of Hinduism

Know the significance and symbolism of important sacred animals of Hinduism, and the treatmentof animals by Hindus.

What Happens After Death?

Secrets of life after death, the reason for different near death experiences, and the fate of liberated souls and bound souls in afterlife.

Be it a complicated form of Vedic ritual such a yajna or some simple form of worship performed ordinarily in millions of Hindu households everyday, the process of worship in Hinduism invariably involves the use of three basic techniques, namely the mantra, the tantra and the yantra.

The Way of Praying

The eyes remain closed, as we join our hands or bow our heads in the presence of God. But in most instances, the mind remains active and distracted as usual. In such cases, prayer becomes just another activity, some kind of a ritual performed to keep our fears and feelings of insecurity assuaged.

The Meaning of 'Prarthana

"Prarthana" is the word that is used in Sanskrit and most of the native Indian languages to denote the meaning of the word "prayer". In social parlance, the word is also used to mean to request, or to ask or seek something politely.

A very unique presentation of the symbolic significance of Hinduism, largely unknown and deeply hidden in the labyrinths of time and history.

The history of tantra, as with that of most religions, is obscured by time. Many Tantras offer mythical explanations for their origins, often setting themselves as the given word of either Siva or a goddess such as Devi. Scholarly depictions of their origins are often as varied

"THERE was neither day nor night, nor sky nor earth, nor darkness nor light, nor any other thing save only ONE, inapprehensible by intellect, or THAT which is Brahma and Pumis (Spirit) and Pradhana (crude matter)" (Veda: "Vishnu Purana Commentary"); or literally: "One Pradhanika Brahma Spirit: THAT was." The "Pradhanika Brahma Spirit" is Mulaprakriti and Parabrahmam.

The Mystery of Numbers

This essay tries to explain the symbolic significance of numbers from one to ten from Hindu perspective and their association with some important concepts and divinities of Hinduism. It also explores how ancient Indians used these numbers to organize the information they had about creation and ...

The Purpose of Praying

We can ask for any thing we want in our prayers. There is nothing wrong in our asking for some material gain. It depends upon how much faith you have in God and to what extent you can relate yourself to Him or Her.

To the Tantra we must therefore look if we want to understand aright both ritual, yoga, and sadhana of all kinds, as also the general principles of which these practices are but the objective expression. Know various aspects of Tantra from this translation by Arthur Avalon (Sir John Woodroffe) [1913]

Each definite thought produces a double effect—a radiating vibration and a floating form. The thought itself appears first to clairvoyant sight as a vibration in the mental body, and this may be either simple or complex. If the thought itself is absolutely simple, there is only the one rate of vibration, and only one type of mental matter will be strongly affected.

In a general sense, a mantra is a divine prayer. It is revealed by the divine, for the common good of man, in a language we can understand. It is the expression of a mind, which is filled with divine vibrations, which is full of divine love and is in search of Truth that is beyond it.

The Formation of Solar System

According to this author the ordinary conception of matter needs a revision, for what are commonly called force and matter are in reality only two varieties of Spirit at different stages in evolution and the real matter or basis of everything lies in the background unperceived.

The Zodiac and Its Antiquity

Questions and Answers on Occult subjects

This article contains bits and pieces of information on occult practices and answers to a number of questions, asked by various students of the courses in Yogi Philosophy.

The Heart of a Stone Images

Excerpts from the Book The Autobiography of a Yogi by Swami Yogananda, Chapter 22, in which the Spiritual Master speaks about an extraordinary experience he had during meditation in which he saw the Dakshineswar Temple and had a mystic vision of the Divine Mother.

An Account of the Kinds of Sins which lead to Hell.

Excerpt from the Garuda Purana which deals with death, rites associated with death, various kinds of sins and how they torment the souls in hell.