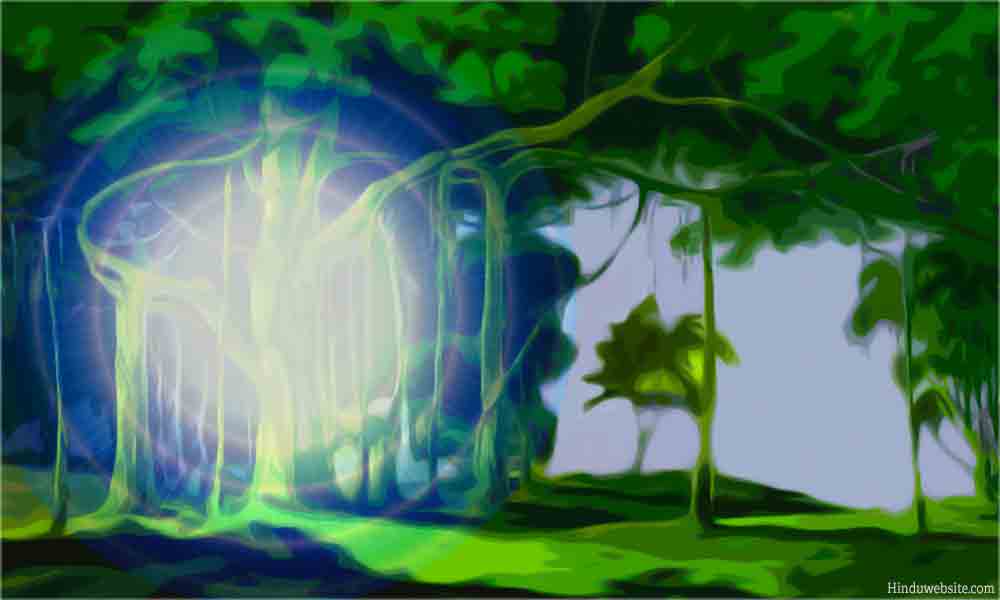 Summary: Hinduism is an artificial construct, created out of historical necessity to distinguish the native faiths of India from other world religions. It has led to many controversies and confusion about it and the identity of Hindus. In this essay we focus upon the distinguishing features of Hinduism, its definition and beliefs, and the four important dimensions of Hinduism.

What is Hinduism? How do you know whether a person is a Hindu? There was a time when you knew a Hindu by his or her name. However, nowadays it is difficult, because many Christians use Hindu names which create confusion about their religious identity, while many Hindus have been using secular names for their children to be in tune with the times.

About sixty or seventy years ago, if you lived in an Indian village, especially in the South, you would not have thought much about whether a person was a Hindu or not. You would have worshipped your gods and felt others were doing the same, unless there were people of other faiths in the village who wielded political or social influence. Even if you saw them, you would not have treated them any differently because religion was not a major source of conflict. It may be probably true in some villages even today, which have remained immune to the invasion of television and the Internet or to the flow of foreign money for conversion or propagation.

Interestingly, many Hindus never bother to think about a definition of Hinduism or a Hindu. They know a Hindu when they see one. They know how he or she is different from a person of another faith. The idea of Hindu is deeply ingrained in the consciousness of all Hindus. They may not articulate it, define it or explain it, but they know in their heart what their faith represents and what they stand for.

The problem arises only when you think of Hinduism in comparison to another faith or in the context of another faith. For several thousands of years, the people of India never felt the need to define their faith just as the people in the villages. They practiced their respective beliefs or worshipped their gods as part of their family or caste tradition. It was only when the Muslims invaded the Indian subcontinent and occupied what is now Pakistan, religious identity became a major concern for the people and a political issue for the rulers.

The origin and definition of Hindu

The word Hindu is not a Sanskrit word. Until the eighteenth century or so, Hindus never used it. They used many names and identities, but not Hindu. The word Hindu is a foreign word, which was derived from the name of the River Sindhu (Indus). It was originally a geographical name. In the Persian lexicon Sindhu became Hindu and those who lived south of the river became known as Hindus. At least it is what people believe and what most scholars hold as true.

For several centuries the word Hindu was used to denote the people of the subcontinent, not their faith. When the Muslims came, they called the land Hindustan and its people Hindus. The Greeks called the land Indos, from which was derived the name India. The British originally used the name for the subcontinent and Hinduism to distinguish native faiths from Islam and Christianity. Subsequently, the name Hinduism was used in common usage as well as in the laws to distinguish all the faiths that originated in India, except Buddhism, Jainism and Sikhism. The same practice was continued in independent India. For example, although by law the Hindu Marriage Act, 1955 applies to Buddhists, Jains and Sikhs, for all practical purposes they are not considered Hindus.

The definition of Hinduism

From the above discussion it is clear that Hinduism is an artificial construct, borne out of expediency. Imagine that Europe and Middle east were occupied in medieval times by a foreign power who practiced a different religion, and to distinguish their religion from others, they combined Judaism, Christianity and Islam into one faith and gave it a common name. You know how unfair such a decision would be to each of the faiths and their identity. Indeed, it was what happened to the native faiths of India. The British lumped everything under one name and let that prevail. The Hindus of the British period, for lack of a better alternative and in the interests of Indian nationalism, accepted it. Fortunately, the people of the country embraced the idea and facilitated the growth of an integrated and rejuvenated Hinduism.

It is difficult to define Hinduism, since it is an artificial construct and an artificial amalgamation of multiple faiths. Hinduism is very much like a giant Banyan tree. Its roots are in the Vedas, the Agamas and various related texts. Its trunk is the Vedic tradition. Its branches are Shaivism, Vaishnavism, Shaktism, Tantrism. It sub-branches are the numerous folk traditions that have become integrated into it. The numerous deities who are worshipped are its leaves, fruit and flowers. The six Darshanas or schools of philosophy and various other schools of philosophy from its aerial roots that grow from its branches, but in course of time become their support.

We may also envision it as an Aswattha tree, which is mentioned in the Katha Upanishad, with its roots in the world of Brahman, who is its source, and its branches spread in the mortal world where it is practiced by millions of people. The tree protects the people who take shelter in it and nourishes them with knowledge. It helps those who practice austerities at its base climb the trunk and enter the heavens of the middle-space (antariksha) or the highest heaven (Parandhama) at the top.

Technically speaking, we can define Hinduism as a set of religious beliefs, philosophies, customs, practices, morals, religious laws, cultures, values and traditions, which originated in the Indian subcontinent or in countries and places where Hindus have settled and evolved their own practices. Hinduism is also defined as a way of life because its values and beliefs are integrated into the lives of millions of Hindus. They do not practice Hinduism, separated from their lives. They live it and exemplify it through their lives, accepting and acknowledge their role in the order and regularity of the world and in ensuring the orderly progression of the wheel of Dharma, doing their duties and serving and helping God who is its upholder.

The beliefs of a devout Hindu

For our understanding we may also define a Hindu as the one who may believe in one or more of the following.

1. God as the sole inhabitant, essential cause and the lord of the manifested universe.

2. The sacredness of the universe because of the omnipresence and the all-pervading nature of the Imperishable Universal- Self

4. Belief in the triple gods and numerous other gods and goddesses as the manifestations of Brahman.

5. Belief in the Vedas and other sacred texts.

6. Belief in the idea of rebirth and liberation.

7. Belief in Nature (Shakti) and her realities in as the material cause of creation.

9. Belief in karma and resolution of karma.

10. Belief in Maya or the world as an illusion or projection of God.

11. Belief in yoga and self-purification.

12. Belief in the worship of the images and forms of God

13. Belief in the temple as the place of world and abode of God or gods on earth.

15. Belief in the existence of souls in all living beings.

16. Belief in the Guru or teacher tradition.

Although the above stated beliefs and practices have their own exceptions and limitations in different schools and sects of Hinduism, they may be considered universal and common to most Hindus.

The dimensions of Hinduism

Hinduism has many dimensions, which are listed below. People may follow one or more aspects of Hinduism according to their convenience, knowledge and understanding.

Hinduism has many dimensions and inherent contradictions because Hindus have never accepted any particular person, god, prophet, theory, dogma or institution as central to Hinduism or spiritualism. Whoever joined it, brought with them their own set of beliefs and practices and integrated them into the tradition when they adopted it and accepted as their own. In this regard, we cannot judge any practice to be right or wrong, from the standards of another sect or religion.

Hindus are guided by their own belief system in which Dharma and Karma are central. They may not believe in God but they believe in the eternal laws of existence, which make them accept responsibility for their lives and live accordingly. The tradition emphasizes the freedom and choice of individuals in seeking spiritual answers and exploring various paths to achieve liberation according to their essential nature, knowledge and understanding.

Truly Hinduism is a living and continuing tradition, a group of religious and spiritual beliefs tested for long in the furnace of human knowledge and spiritual wisdom and accepted as valid milestones in the spiritual achievements of the Indian subcontinent. Just as the world and the human civilization evolve and expand, Hinduism also evolves and expands, incorporating the new knowledge and the new Truths that become a part of our growing and expanding consciousness.

In whatever direction the world may progress, whatever new scientific truths it may unravel and revel in, Hinduism has the tenacity, resilience and flexibility to survive and continue for generations, with increasing vigor, unique wisdom and wider vision, providing solutions to the challenges that people may face as they progress on the path of knowledge and liberation. It certainly has an inherent advantage over those religions which suffer from the limitations of scriptural framework, rigid doctrines and blind faith.