The Bhagavadgita On The Mind And Its Control 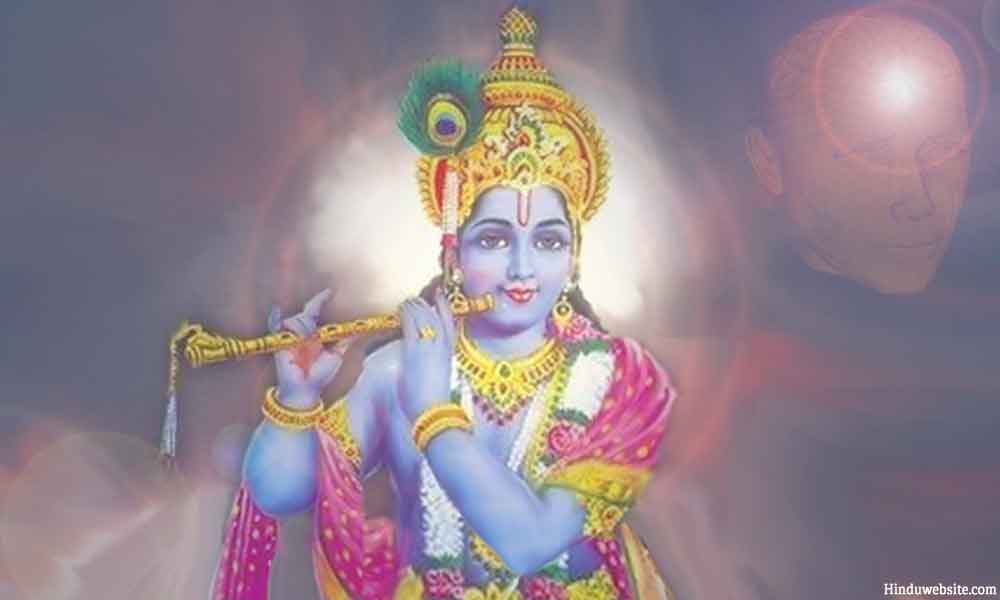 The Mind is Fickle

The Bhagavadgita puts a great emphasis on the control of the mind. The mind is likened to the sixth sense, and described as fickle and unstable by nature. As an aspect of Nature, the human mind personifies the phenomenal world, its impermanance and instability.

In Chapter VI, Verse 34 Arjuna compares the mind to wind and says:

"The mind is very fickle indeed O Krishna, turbulent, strong and obstinate. I think it is as impossible to control the mind as the wind."

And in the next verse, Lord Krishna concurs:

" Undoubtedly, O Mighty Armed, it is very difficult to control the ever moving mind. However, O son of Kunti, through sincere practice and dispassionate detachment (vairagya), it can be achieved."

The Mind Needs to be Stabilized

According to the Bhagavadgita, self-realization is not possible without achieving stability of the mind or the state of "sthithaprajna". Stability of mind means to remain the same in all circumstances and under all conditions. The following verses give us an idea of what stability of mind is:

"When a person gives up all the desires in his thoughtful state and when his inner self is satisfied within itself, at that time he is said to be a 'sthithaprajna' ( a master in the stability of mind)

"Undisturbed amidst three fold miseries, immobile in happiness, free from attraction, fear and anger, is called a sage of stable mind.

"Who is everywhere without affection, who does not praise or loathe auspicious or inauspicious events, his mind is stabilized."

In chapter V, we come across this verse:

"The knower of Brahman, stable of mind, established in the Supreme Brahman, shows no sign of rejoice when he achieves the objects of his desire nor agitation when unpleasant things happen to him.

"Unattached to external sense objects, immersed in himself, he remains blissful. Establishing his self in Brahman, such a Brahma yogi enjoys unlimited happiness."

What is equanimity of the mind is described again in Chapter VI:

"He who has conquered his self is in the company of the Supreme. In cold or heat, happiness or sorrow, respect or disrespect, he is always serene.

"He who is contended with knowledge and wisdom, who is stable and master of his senses and who treats equally gold or pebbles or a piece of stone , such a self-realized soul is fit to be called a Yogi.

"He is superior who maintains the same attitude towards his well wishers, friends, enemies, non-aligned, arbitrators, haters, relations, saints and sinners.

The restlessness of the mind is caused by the activity of the senses which bind the mind to the sense objects through desire. So the mind cannot be stabilized unless the senses are controlled and the mind is detached from the sense-objects through the cultivation of detachment or "vairagya." We come across this prescription in the following verses. (Chapter II, Verses 58-64)

"He who can withdraw his senses completely from the sense objects like a tortoise withdraws its limbs , his mastery is established."

Sense object cease to torment him who practices abstention, although the taste for them still remains in his consciousness. It would completely disappear only when he experiences the transcendental life.

"The sense throw out of balance even the mind of a man who has complete knowledge of discrimination and is attempting to control them.

"Keeping all the sense under his full control he who be establishes them in me, his intelligence is stabilized

"By constantly thinking of sense objects, one develops attachment with them. From attachment is born desire and from desire comes anger.

"Freed from passion and dispassion, by keeping the senses that are acting on the sense objects under firm control and by following the dictates of the inner soul , a person can gain the mercy of God."

Yoga techniques to stabilize the mind

In the following verses the concept is reemphasized and further elaborated, (Chapter VI, Verses 10-19):

"Let the yogi constantly keep his mind concentrated in his self, sitting alone in a secluded place, self-controlled, desireless and without any sense of possessiveness.

"In a clean place placing his firm seat, neither too low nor too high, covered with soft cloth, deer skin and kusa grass.

"There upon, sitting on that seat, with single pointed concentration, keeping his mind, senses and activities under firm control, he should practice yoga for self-purification.

"Holding the body, the neck and the head equally firm ( straight) and fixed, concentrating his gaze on the tip of his nose and not distracting himself

"With peaceful mind, fearless, practicing brahmacharya (vows of celibacy), mind subdued and established in Me, the Yogi should sit and make Me his ultimate goal.

"Practicing thus, ever established in the Self, with ordained mind the Yogi attains the highest peace and nirvana in My world.

"A lamp in a windless place is the metaphor that can be used to describe a Yogi whose mind is under control and who is united with his inner Self.

"The state in which the mind ceases its movements restrained by the performance of the yoga, in which the (lower) self realizes the (Higher) Self and is satisfied in the Self,

"That state in which he finds unlimited happiness, in which the intellect understands the transcendental (that which is beyond the senses) and wherein established he never moves from truth"

Concentrating the Mind on God is the Solution

"I rescue them, O Partha, whose minds are set upon Me from the ocean of mortal samsara (worldly life).

"Upon Me fix your mind, in Me operate your intelligence and thereafter without doubt you shall live in Me only.

In Chapter 17, Verse 16, we come across the definition of austerity of mind,"

"Mental satisfaction, gentleness, silence, self-control, purification of thoughts, this is called the austerity of mind."