A True Devotee According to Bhagavadgita 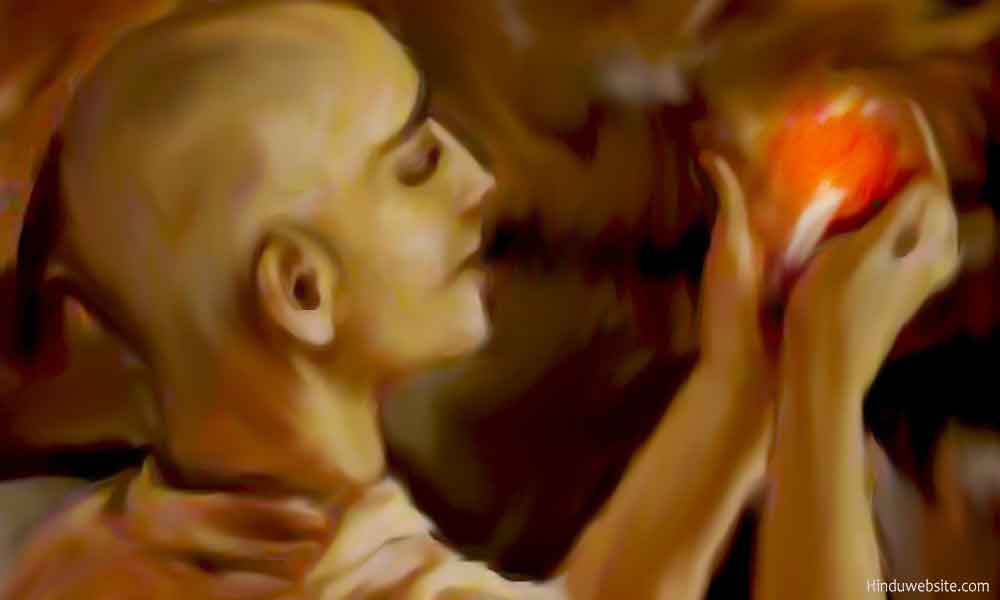 Summary: According to many schools of Hinduism, the path of devotion (bhakti yoga) is the culmination of all other paths such as karma yoga, jnanayoga, and buddhi yoga. However, true devotion does not easily arise. In this essay we explain the meaning of true devotion, who is a true devotee, and which devotee is loved by God according to the Bhagavadgita

Devotion (bhakti) is the heart of the Bhagavadgita. It is the culmination of perfection in all other disciplines. Hence, it is also considered the highest of all yogas. Devotion does not arise by itself. It requires years of spiritual practice, self-discipline and purification. In its simplest sense, bhakti or devotion means love for God. However, in its widest sense, it means love for all because God is all and pervades all. A true devotee of God recognizes the universal presence of God in all things. Since he loves God unconditionally, he transcends all duality, attraction and aversion and cultivates sameness.

True devotion and qualities of a true devotee

True devotion, therefore, is even higher than renunciation, because a renunciant may also have sameness and treats everyone equally, but his attitude arises from detachment and indifference rather than love. In the Bhagavadgita we come across several references to the qualities of a true devotee and the nature of true devotion. The following are a few important ones found in the scripture.

A true devotee worships the highest God only. He worships neither material things nor lower gods, gurus, nor demigods. The Bhagavadgita declares that God strengthens the devotion of each, according to their faith. Those who worship demigods and lower gods go to them only, but those who worship him, the Supreme Self, come to him. Therefore, a true devotee worships none other than the supreme Self. His devotion to the Supreme God is due to the merit of his past lives as well as the love of God himself. Only after innumerable births does a person reach such a stage and realize the need for liberation through devotion.

True devotion is pure and selfless. People worship God for various reasons, when they need something, when they are in difficulties or simply out of curiosity. Their devotion is conditional and impure, since it is mixed with desires, egoism, worldliness and selfishness. It may help a person secure rebirth, but does not lead to liberation. However, true devotion is without motive and egoism. A true devotee worships God, out of pure love, seeking nothing in return except his love and attention. Lord Krishna declares that such people are dearer to him. He takes care of their welfare, and responsibilities since in their devotion to him they do not take care of themselves.

Demons like Ravana and Tripurasura were great devotees, but their devotion was mixed with the darkness of tamas. Hence, it led to their destruction. True devotion arises only in a pure heart after an arduous spiritual practice, in which both the mind and body are purified and filled with the predominance of sattva. The predominance of rajas and tamas makes devotion egoistic and delusional. Hence, they both need to be suppressed for true devotion to arise. In fact, the Bhagavadgita states that true devotion of the highest kind arises when one transcends the triple gunas and cultivates divine qualities (daiva sampatti). Purity, therefore, is very important for true devotion to manifest and stabilize.

The yoga of devotion is higher than the yoga of renunciation. Hence, true devotion and selfishness cannot coexist in the same heart. True devotion arises in stages, according to the progress one makes on the path of liberation. Karma yoga is the first step, where one perfects the practice of detachment and renunciation of desires, which are foundational for the practice of bhakti yoga. The Bhagavadgita states that actions do not bind beings but desire for the fruit of their actions. Hence, one should renounce the desire for the fruit of actions and engage in actions. It also suggests that if a yogi cannot fix his mind on God, he should at least try to perform selfless actions and offer their fruit to God. When actions are performed by householders and worldly people without desires and selfish intentions, they do not produce karma but help them progress on the path of devotion.

True devotion arises from the knowledge of the Self (jnana), not the other way round. First comes karma-sanyasa-yoga, then jnanayoga, then sanyasa yoga, then atma-samyama-yoga, and finally bhakti yoga. Hence, a true devotee of God is an adept in the knowledge of the self. Since he is not deluded by names and forms or the apparent reality, he is free from ignorance, egoism and delusion and remains in control of his mind and body, untouched by the evils of life. He may pursue worldly knowledge or ritual knowledge as part of his obligatory duties or to help others, but knows that they constitute inferior knowledge or ignorance (avidya). Hence, through the study of the scriptures, contemplative practices, learning from teachers and knowing the true Self he becomes stabilized in the knowledge of the Self.

6. Excels in the use of intelligence

Ignorant people cannot perceive God in the world or within themselves. They sincerely believe that he does not exist because due to their lack of discriminating intelligence God becomes unmanifested (avyakta) to them. They fall into delusion due to ignorance and bewilderment (sammoham) which arise from the duality of attraction and aversion. However, those whose mind is illuminated by pure intelligence and discerning wisdom stay away from the desires and possessions which worldly people cherish but cherishes the goals such as renunciation and liberation, which worldly people avoid. As the Bhagavadgita declares, what is night (unknown or invisible) to the worldly people is day (known and visible) for a yogi and what they hold as knowledge is ignorance for him.

7. Mentally stable in all conditions

A true devotee who takes refuge in God is not easily disturbed by the troubles of life, since his faith in him is firm. He may feel overwhelmed by love for God or the thoughts of him, and may experience intense emotions. However, it should not be construed as a weakness. A true devotee excels in self-control. He may have weakness for God but not for the world. Amidst the impermanence of the world, his mind remains stable, having been burnt and purified by the fire of self-knowledge, selfless actions and righteousness. As the Bhagavadgita declares, he is undisturbed amidst three fold miseries, immobile in happiness, free from attraction, fear and anger. Everywhere he is without affection. He does not praise or loathe auspicious or inauspicious events. Further, he can completely withdraw his mind and senses from the sense objects and establish them in the thoughts of God or Self, just as a tortoise withdraws its limbs into its hard shell.

8. Free from all attachments

Worldly people cannot experience true devotion because of desires and attachments which keep them involved with the world. They may worship God, but do so mainly to fulfill their desires. A true devotee restrains his mind and senses. Giving up all desires and attachments, and remaining contented within himself he cultivates detachment from the attractions of the world. The Bhagavadgita declares that just as an ocean, which is full of water, remains undisturbed when the water from several rivers flow into it, a true devotee who has experienced oneness with God remains undisturbed by the stream of desires that flow into him. Therefore, he is not easily deceived or distracted by the temptations and attractions of the world. He remains guarded all the time by avoiding crooked and wicked paths that lead people astray.

One of the hallmarks of true devotion is sameness. Truly, sameness is a direct consequence of true devotion, which is unconditional and free from desires and expectations. A true devotee surrenders to God, without any doubt or conflict, reposing his complete faith in him. Therefore, he accepts whatever that happens to him as the will of God, without complaint, resistance or the urge to control. He worships God as the dweller of all things and establishes his mind in him, irrespective of his present condition. Since he perceives God in all things, he remains the same everywhere (sarvatra samabuddhi) and equal to the dualities and pairs of opposites such as heat and cold, pleasure and pain, blame and praise, fame and infamy, etc.

10. Is one pointed in devotion

Devotion of the highest kind is one pointed, complete and unconditional. A true devotee never forsakes God nor is forsaken by him. His mind and intelligence remain firmly fixed in his thoughts, glories and manifestations, as he thinks of nothing else but God, sees him everywhere and in everything, speaks about him always, sings his praises and becomes lost in his thoughts. He lives in him and lives for him only, without any other thought, intention or interest. His devotion is so pure that at times he may even lose consciousness as he dissolves his mind in the contemplation of God, feels no separation from him and becomes totally indifferent to the world.

Which devotees God loves or who are dearer to him

According to the Bhagavadgita, although God is equal to all and shows no particular preference to anyone, he responds to the love of his true devotees who fix their minds upon him, remain ever absorbed in him and worship him with supreme faith. They are the most balanced yogis who are fit for liberation (yukta). Just as he is dearer to them, they are dearer to him. For them he becomes their liberator. In the 12th chapter of the scripture we find the following descriptions about a true devotee who is dearer to God and whose liberation is guaranteed. The scripture assures that God truly loves such a devotee and gives him a special place in the highest heaven.

Thus, devotion is not easy to practice. It requires a lot of discipline, self-control, inner purity, detachment, equanimity, sameness, knowledge and renunciation. Devotion for worldly ends is not true devotion. Devotion to demigods and lower gods is not the same as devotion to the highest God or the true God. One may go to temples, practice ritual worship, perform sacrificial ceremonies, engage in the study of scriptures or give charity, but they should be considered preparatory, not an end in themselves. The aim should be to prepare the mind and body for the true practice of devotion and make them a living temple of God.