Jnana Yoga Or The Path Of Knowledge 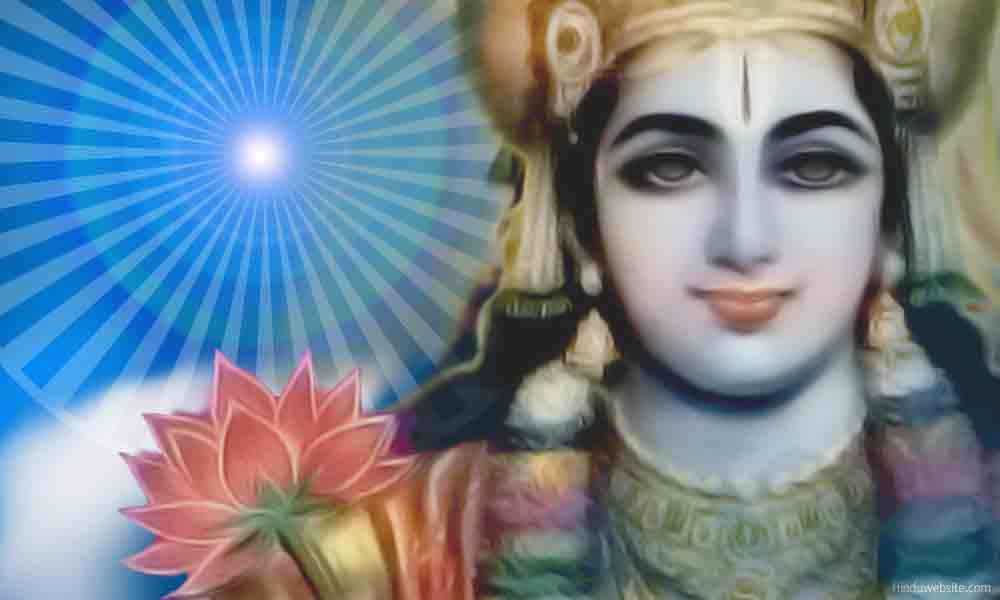 Summary: The Bhagavadgita affirms that the sacrifice of knowledge (jnana yajna) is superior to the physical sacrifices. In Jnana yoga (the yoga of knowledge) you use knowledge as the sacrifice or the means to liberation by stabilizing your mind in the contemplation of God, practicing at the same time karma sanyasa yoga also. In this essay we discuss the importance of Jnana yoga according to the Bhagavadgita as the means to achieve liberation

Generally speaking, the word 'jnana' means knowledge. In Hinduism the word has many connotations. Knowledge is viewed by the Hindu scriptures as both liberating and binding. Knowledge is viewed as the means to achieve certain ends. It can be used to fulfill our desires or liberate ourselves from the cycle of births and deaths.

Real knowledge liberates us from the three impurities of human existence, namely egoism, desire ridden actions and the illusion that we are different from the rest of the world and that the objective reality which we experience through our senses is real and permanent.

Jnana yoga is therefore the pursuit of true knowledge by learning how to control our minds and senses and center ourselves in our spiritual selves so that we can become free from our bondage to the cycle of the births and deaths and achieve liberation. The Bhagavadgita identifies jnana yoga as one of the three main paths to liberation, the path of knowledge, the path of action and the path of devotion.  There are other paths, but these three are important and effective. While the path of devotion is described as superior to the other two, jnana yoga is suitable for people who are deeply intellectual. On the path of liberation it is important to possess right knowledge, which comes through the study of the scripture and helps us understand the significance of other yogas such as karma yoga, sanyasa yoga, buddhi yoga, atma samyama yoga, and bhakti yoga.

Practices that lead to knowledge (jnana)

The second chapter of the Bhagavadgita is known as Jnana Yoga or Samkhya yoga. According to some scholars it is a summary of the Bhagavadgita itself since it contains all the important concepts and ideas of the scripture. It reminds us that we should not identify ourselves with our minds and bodies as we are immortal, spiritual beings and that to transcend our limited nature we have to gain control over our sense organs and our desires through detachment and equanimity and work for our salvation by performing actions for the sake of God. According to the Bhagavadgita, jnana yoga consists of the following practices.

References to Jnana Yoga in the Bhagavad-Gita

Information and teachings related to jnana yoga or the path of knowledge can be found in the following chapters of the Bhagavadgita. They emphasize the importance of cultivating knowledge, which leads to discerning wisdom, devotion and detachment which are necessary to practice karma yoga, karma sanyasa yoga and bhakti yoga.

The True purpose and objectives

The purpose of jnana yoga is to achieve liberation by realizing our true nature, overcoming our ignorance and transcending our limited selves, which are sense dependent and bound by karma. According to the Bhagavadgita, following are some of the developments that we experience when we practice jnana yoga.

Perfection in jnana yoga leads to devotion. Only a jnani, or the knower of the Self, can be a true devotee. People who do not possess true knowledge of the Self, cannot experience the devotion of the highest kind, which the Bhagavadgita extols in several verses. Since they not yet fully free from desires and attachments their devotion remains tainted with traces selfishness and the impurities of rajas and tamas. When the heart and minds are pure, filled with the effulgence of sattva, true devotion arises in them.

How Jnana or true knowledge is acquired?

Knowledge through study of scriptures, contemplation, intuition, service to God and teachers, Divine Grace, discussion, teaching, observation and personal spiritual experience, these are a few means by which knowledge may become established in a yogi. However, it is important to remember that higher knowledge (jnana) is never acquired because it is inherent to the Self, which is all knowing. There is no learning for the Self. It is the mind which acquires knowledge, and which has to struggle to overcome its ignorance. Its knowledge is accumulated knowledge, and since the senses are not free from the impurities, the knowledge which they gather is subject to the influence of desires and gunas.

Hence, sensory knowledge or memorial knowledge is fundamentally flawed. The knowledge which is part of the Self is immutable and indestructible. It is never acquired, but remember or regained by the embodied selves when they are freed from impurities. In the embodied state their knowledge remains covered by ignorance, delusion, egoism and attachments. When they are removed, a yogi automatically returns to his original state of perfect knowledge and pure consciousness.

1. Self-study, which is the study or recitation of the scriptures or any religious or spiritual literature.

2. Austerities, rules and restraints which are helpful to remove the impurities of rajas and tamas, whereby one is freed from egoism, strength, pride, lust anger, attachment to worldly possessions and ownership and becomes qualified to reach the state of Brahman (brahma bhuya).

3. Karma yoga, which is performing desireless actions as an offering to God. It will cleanse the mind and body and remove the impurities where by intelligence grows.

4. Meditation and contemplation upon God or Self, which will help the mind stabilize in the contemplation of God and see things clearly.

5. Identifying oneself with the eternal Self rather than the mind and body whereby one overcomes fear of death and attachment to the body.

6. The practice of sameness, detachment and renunciation of worldly pleasures which will free the mind from desires and expectations and discern truth.

7. The merit accumulated in the past births. As the scripture declares among thousands of men, only a rare person strives for perfection. Again of them only a few succeed. Only at the end of many births does a knower of the Self (janavan) surrenders to God.

8. Devotion to God. Lord Krishna states that he does not illuminate all. Only those who perform pious actions and whose sins are washed away, and who worship him with devotion, knowing that he is the master of elements, master of divinities and master of all sacrifices, they know everything about Brahman, the Self and about karma.

9. The practice of truthfulness, which means commitment to truth in word and deed. When the mind is established in truth, it will discern truth.