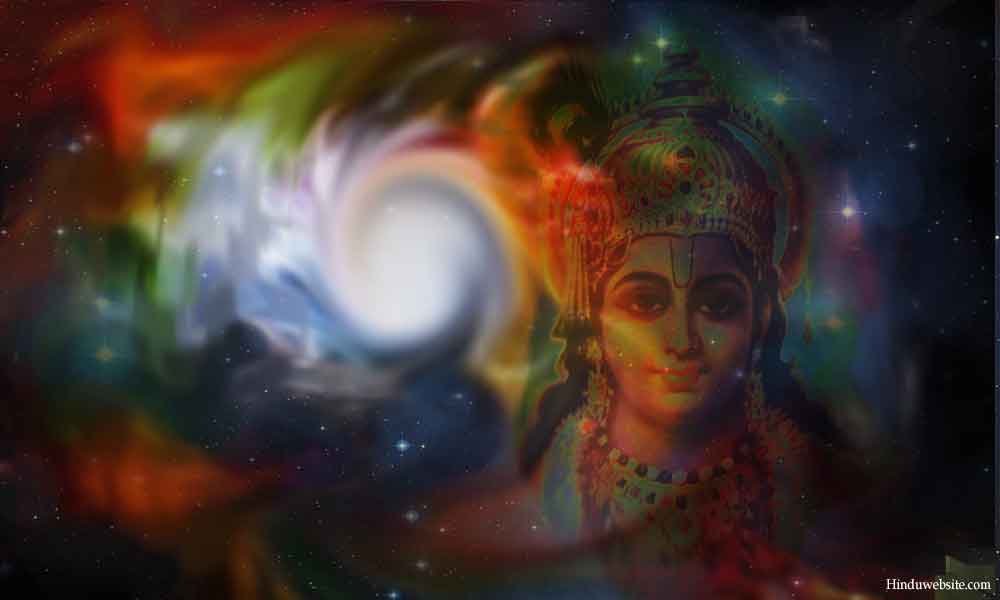 Isa or Isavasya Upanishad derives its name from the first word of the first verse of the same Upanishad. The word "Isa" means the Lord of the Universe. the Upanishad begins with the majestic and triumphant declaration that the whole universe is inhabited by God and belongs to Him. As the name suggests, Isa Upanishad is an Upanishad of Isa or Isvara, the Lord of Creation and the source of all.

The Upanishad contains some important concept of Hinduism which are also found in the Bhagavadgita. They are:

1. Living with awareness: We should live with the awareness that God is supreme and all pervading Lord and that we are part of His immense existence.

2. Desireless actions: Since God is the true Lord of the Universe and every movement (action) in the universe happens because of Him, we should perform our actions without desires and with deference to God.

3. Right living: We should be vary of actions that hurt us spiritually and lead us to the demonic worlds. In the Bhagavadgita Lord Krishna enumerates the demonic qualities that lead men to worlds of darkness.

4. Living for the Self.  Live for the sake of the Self, which is transcendental, immortal and beyond the mind and the senses.

5. Cultivate discernment. We should have the discrimination to know both knowledge and ignorance, truth and untruth, the unmanifested and the manifest to attain eternal life.

The last three verses of the Upanishad evoke certain pathos as we read them. They deal with death and the departure of the soul from the body. They are chanted during the cremation ceremonies. These verses were probably used in the past in the final moments by Yogis and ascetics who willingly gave up their lives through yogi suspension of breath, self-immolation or intense starvation.

The Upanishad's approach to live and works is very emphatic. It gives a very convincing and logically acceptable argument as to why we should responsibly live in this world with divine centered attitude and perform our duties without any attachment and selfishness. The argument is simple. Since the whole world is inhabited by God and He is the dynamic force in all the dynamics of the universe, nothing belongs to us here and no action can be truly performed by us on our own.

To covet what does not belong to us and to assume the doership of what we really do not do are part of the delusion we all suffer from. Therefore, goes the argument, we should wish to live in this world for a hundred years, performing our duties, but without claiming any rights of ownership of either the deeds or of the things.

The Upanishad is the 40th chapter of the Vajasaneya Samhita of the Yajur Veda. Mahatma Gandhi extolled the spiritual message contained in the first verse of this Upanishad. Apart from other ideas he found in it, he was particularly impressed by its " message of universal brotherhood- not only brother hood of human beings but of all living things."

The following are few links available at Hinduwebsite.com regarding the Isa Upanishads and its teachings.

Isa Upanishad On The Importance Of Duty

The Concept Of God In Early Hinduism