Significance of the Vedas in Life and Liberation 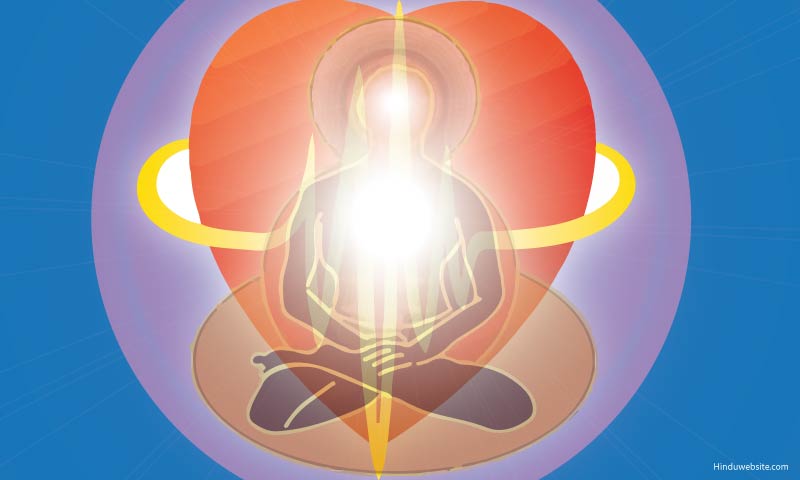 The Vedas are considered sacred and divine. The question that is often asked is whether they promote worldliness. The Bhagavadgita answers this question affirmatively. You find a similar argument in the Upanishads also. The Vedic rituals are meant for the world welfare. They are aimed to provide a means to the human beings to fulfill their desires by performing the rituals and in the process also nourish the gods who cannot make food on their own.

The Vedic rituals are meant to ensure the order and regularity of the world and help all classes of beings, including ancestors. The Vedic hymns make it amply clear that those who use their knowledge to perform rituals and obtain and name, fame and wealth through them do not attain liberation. They go to the ancestral world and return again to continue their existence upon earth.

The Bhagavadgita reaffirms this position. It suggests that, you are not free from the bonds of existence and the consequences of your actions until you are free from desires, attraction and aversion. The rituals do not help you in that. By letting you fulfill your desires and ambition, they promote worldliness and the predominance of one or more of the gunas, namely sattva, rajas and tamas. These three, which are universally present in Nature and creation are responsible for our desire-ridden actions, and bondage to the cycle of births and deaths. As part of your self-purification process, you may cultivate sattva, but in the end you have to transcend Nature, if your aim is to reach the highest abode of Brahman and attain liberation.

The three gunas influence our thinking, attitude and behavior, and each in its own way perpetuates our ignorance and delusion. Sattva is good, but it does not take you beyond the duality of attraction and aversion to good life. Sattva contributes to purity, pleasantness and brilliance; rajas to pride and ambition that comes with personal success, status and achievement; and tamas to ignorance, dark desires and negativity. Thus, from the perspective of liberation, each of them is an obstacle.

The Vedas enhance these qualities in people depending upon how they use the knowledge of the Vedas. They promote sattva in those who perform the sacrificial rituals dutifully and selflessly to promote dharma and contribute to order and regularity (rta) in society and in the world. They increase rajas in those who perform sacrificial rituals for selfish gains to win wars, destroy enemies and amass wealth without any concern for the consequences of their actions. The Vedic rituals increase the predominance of tamas in those who use them to cast spells and charms either to influence people or to hurt them and harm them.

The rituals do not lead to attachment and bondage if they are performed without desires and expectations, as an obligatory duty, for the general welfare of the world and as an offering to God. Detachment, dispassion and renunciation are therefore important if anyone wants to remain a householder and yet escape from the possibility of rebirth. This awareness arises when you pursue the higher knowledge hidden in the Vedas. The Vedas contain both the lower knowledge and higher knowledge. They are called Vidya and Avidya, knowledge and ignorance. Ritual knowledge, karmakanda, is considered ignorance because it does not help you transcend death and rebirth. Only the higher knowledge, the knowledge of Self and the means of libation, help you achieve it. Hence only such knowledge is considered true knowledge. For the welfare of the world both are important. You cannot ignore one for the sake of others. If everyone renounces the world, the world cannot continue. The Upanishads, therefore, caution us not to ignore our worldly responsibilities. Only by pursuing both the higher and lower knowledge one can expect to cross the ocean of existence.

The Vedas have four parts, Samhita, Brahmana, Aranyaka and Upanishad. The first two parts deal with ritual knowledge (karmakanda) and the last two with spiritual knowledge (jnanakanda). Both parts are important. As a student and householder you are expected to pursue the knowledge of rituals to perform your obligatory duties and ensure the order and regularity of the world. When you are a student, you acquire the knowledge of the rituals. After becoming a householder, you practice dharma and support all beings who need your help and assistance. When you retire from active householder's duty, you approach a teacher and learn the knowledge of the Self through the Upanishads. With that knowledge, you prepare yourself for your liberation. When you renounce the world, you also renounce your caste identity and your obligatory duties. With that come the freedom to transcend desires and work for your liberation. Thus, the Upanishads have a great significance in this regard. They help you to stabilize your mind, purify your consciousness and realize your true Self. When are established firmly in the knowledge of the Self you qualify to travel by the path of gods (devayana) to reach the world of Brahman from where no one ever returns to the earth to take birth.

Hinduism is not a dogmatic religion. Hinduism is all about freedom to choose and taking responsibility for your life. Life endows you with certain knowledge, resources, environment and opportunities, according to your past deeds, and you have the freedom to use them according to your discretion and will. If you misuse your freedom and opportunities, you will remain stuck in the rut of life, may even expose yourself to the possibility of increasing suffering. If you make right use of your life and opportunities, you will attain liberation. The Vedas give you a similar option, to be this worldly, otherworldly or immortal.

The Vedas are eternal and divine. We understand that they are revealed to the mankind because they help us to pursue the four aims of human life, namely dharma (duty), artha (wealth), kama (pleasure) and Moksha (liberation). Human life is incomplete without these four. The Vedas give us the means to achieve them in the four phases of our lives, childhood, adulthood, middle age and old age.