Hinduism - Coping With the Death of a Child in the Family 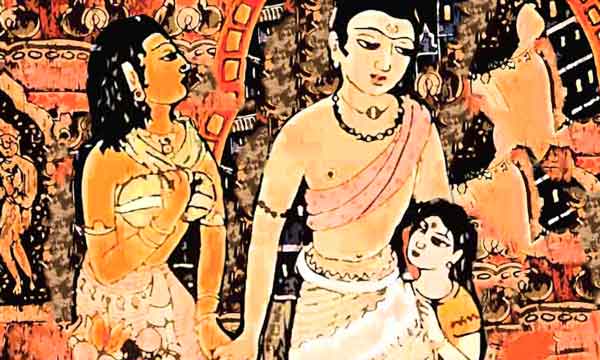 There is nothing more painful than dealing with the death of a child in any family. Few centuries ago child mortality used to be a serious problem in Hindu families when famines and epidemics were common. The problem was even more acute in ancient time as is evident from the Vedas in which you will find many hymns addressed to gods seeking their help to protect children from death and disease.

Child mortality is still a major problem in poor families due to the increasing cost of healthcare and lack of medical facilities in many rural areas. The longer the child lives and forms a bond, the greater the pain the parents have to bear from the loss. Whether it is due to natural or accidental causes, the death of a child results in immense suffering, from which many people do not recover for a long time.

For various cultural and historical reasons, Hindu families differ in their response to the death of children. The premature death of any child is devastating to any parent. However, since Hindu tradition gives more importance to male children as the torchbearers of family name and lineage, the death of a male child is more acutely felt in traditional Hindu families than the death of a girl child. In some Hindu communities, girl children are not only considered a burden but often aborted before they are born, or killed or abandoned after they are born.

For many present day Hindus, abortion is an expediency rather than a sin. The Dharmashastras view abortion or the killing of human fetus (bhrunahatya) as a mortal sin and equate it with the sin of killing a Brahmana. However, people do not see it that way. In fact, many even consider it women's right to decide whether to bear a child or abort it. In reality, it not women but mostly men who decide it. For many abortion is a convenient way to deal with the social stigma arising from premarital relationships and pregnancy of unmarried women.

Although India is the largest democracy the country has been making progress in many fields, society is still feudal in many respects where money and power play an important role in regulating the lives of people. Social inequalities are acute and so also the pressure society upon the individuals in social matters and religious customs.

Women are decidedly at the receiving end. In many parts of India and in many rural families, they suffer from social and personal disabilities and limited freedom. Many families view a girl child as an economic burden since she cannot be employed as productively as male children and her marriage requires the parents to pay large sums of dowry.

There is practically no conservative movement in India like the one in the US which take up issues such as abortion, birth control, or same sex marriages. Whatever orthodoxy exists, remains subdued in the politics of ideologies that promote secular values and socialist principles in the name of modernism. From an early childhood people are conditioned to accept socialism and communism as the universal and imperative solutions to poverty and suffering, and look to the government for solutions and subsidies.

As a result many feel justified in planned parenthood as a social obligation and economic necessity rather than a sinful act or a bad karma. Gender based abortions are more common in India and probably account for half of all the abortions that take place in the world. In this short article, we examine how Hindus view the death of children and manage the suffering that arises from it.

Philosophically speaking, Hinduism views death as a temporary phase in the existence of a soul upon earth. Souls are bound to the cycle of deaths and rebirths. In the course of their long existence, there will be occasions when they will be born prematurely or die prematurely due to their past karmas. If a fetus is aborted by her parents, you can either attribute it the parent's karma or to the karma of the soul that was destined to be born through it.

A being's lifespan depends upon the being's karma. Therefore if a person lives for a long time or dies young, it is primarily because of the person's karma. The soul is not effected by any of it since it is eternal and unchangeable. People may cry and suffer from depression due to the death of their kin, but it is largely due to ignorance.

As Swami Vivekananda once said, people should rejoice when a person dies rather than weeping and crying for the soul has escaped from the wheels of life and death. Death and suffering are for the body. The souls are immortal and cannot be slain or injured. While this is the philosophical stand, for many Hindus, death is a painful experience, and they react to it negatively, as a misfortune or calamity. Their suffering increases greatly when children due, even if they perceive it to be due to kamra.

Karma is central to the worldview of Hinduism. Everything and every action is either the cause or the result of karma. If someone lives for long or if someone dies early, it is because of past karma. This is the simple approach to life and death. However, the law of karma is not as simple. According to Hindu beliefs, your current life is not a product of your current actions only. There are other factors also. Overall, three types of actions influence your life and destiny.

A child's life upon earth may be cut short by any of the above mentioned reasons. One may die because of one's own actions, actions of others or acts of God. Such actions may be from the past lives or in the present life. In all three instances karma accrues to those who commit those actions. If the intentions were bad, the consequent karma will be severe for the doers of such actions. The so called fate may be actually a work of past karma, rather than any willful act of God.

If a soul arrives in this world and stays for a short time it does not always mean that it happened because of its past sins. Virtuous and meritorious souls may come and live upon earth for a short time to learn new lessons, master some weakness or exhaust some obligation. There are many instances in the Hindu Puranas when seers and sages, and even deities, take human birth for a short time to fulfill certain obligations or ensure the order and regularity of the worlds.

For example eight babies preceded the birth of Lord Krishna. They were all born to his mother Devaki and sacrificed by his maternal uncle and demon king Kamsa. Their birth and death was part of God's plan to incarnate upon earth. Goddess Ganga sacrificed her seven newly born babies before she gave birth to the legendary Bhisma who was blessed with the boon to live as long as he wished and choose his death according to his will. These are instances where the birth and death of a child or a person were determined by the acts of God.

When a child dies, the people who suffer mostly from the trauma are the family members, especially the parents. Therefore, sometimes past karmas of parents may have to do with the death of their children. May be it was intended to teach them a lesson, settle a past debt or resolve an old sin.

Cremation is the norm in Hinduism to dispose of the dead body. However, this norm does not apply to children. The bodies of young children who die within a year from the date of their birth are usually buried rather than cremated,. In some instances they are consigned to rivers. In other words their bodies are offered to water or the earth, rather than fire. It is because the subtle bodies of children remain underdeveloped and hence unfit for fire sacrifice.

Although abortion is a major problem and reflects the evils of urbanization, traditionally Hindus are known for their family values and love of children. Whether they are rich or poor, parents sacrifice their comforts for their children. They look after and care for them, despite economic hardship and personal problems. Theil love and concern continue even after their children grow up and have families of their own.

For many looking after their children is a moral and religious obligation and part of karma, which cannot be ignored or avoided without consequences. Parents form a strong emotional bond with their children and continue the relationship until the end to the extent that children may feel that they are micromanaged and their lives are closely scrutinized. Many believe they will be reborn in the same family to their children or grand children and return to earth. While instances of child neglect and child abuse are often reported, a majority of Hindus treat their children with love and affection and bring them up responsibly. Most of them view the death of a child in any family as one of the worst misfortune that can befall any parents.