The Ego and the Myth of Me and Mine 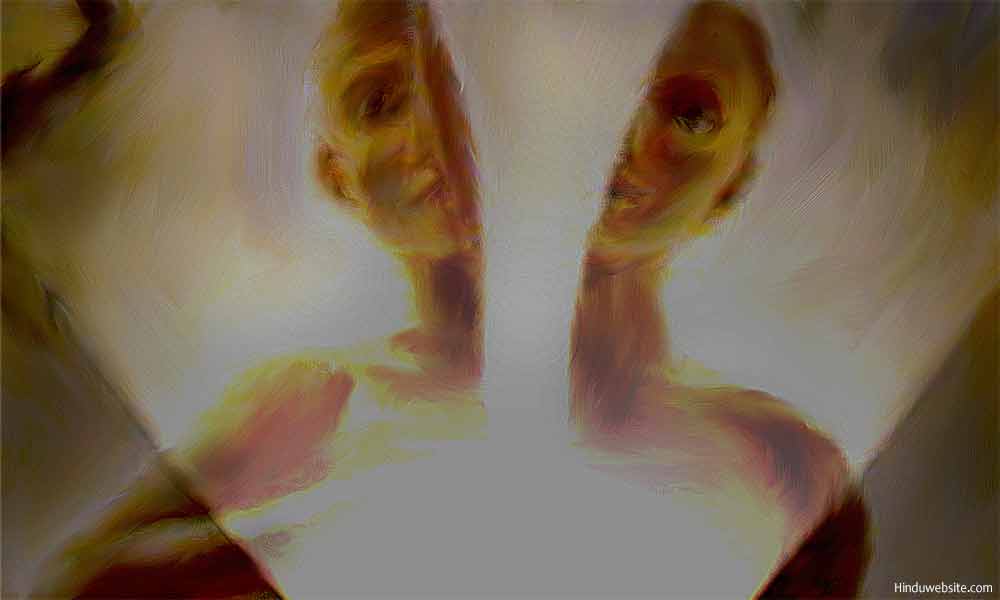 In this world, it is very difficult to live without identity andindividuality. These two define us and introduce us to the world. Without them, we cannot manage our lives or relate to others meaningfully. Imagine what happens, if you wake up one day and forget who you are. Your life will be chaos. It happens to some unfortunate individuals when they wake up from coma or suffer severe brain damage. Your identity grows with you; so does your individuality. They keep changing as you accumulate knowledge and experience and learn to manipulate your way through the world and relationships.

Your individuality is what you build and live with. You may consider it an asset or a burden. For spiritual people it is a problem as well as a burden, but for the worldly, it is an asset and the means to draw their respective territories and establish their zones of influence. People spend their whole lives, defending it, upholding it, promoting it and protecting it. You do not know how your life would be if you silence you individuality, if you do not know who you are or if you become a different person by chance.

The ego is the sum total of the experiences, perceptions, memories, knowledge and relationships gathered by each being in the course of its existence upon earth. It is an illusion created by their aggregation. It does not actually exist except as a notion in the consciousness of each being. You will not find the ego in its parts, but only in the association of things and experiences. The ego thus survives by attachments and relationships. You remove them from the equation and the ego disappears instantly.

Your individuality is a myth, which you create and perpetuate for a lifetime. You defend it, uphold it and promote it as if it is all that matters. In the end, you pay the price. When the diverse components of your individuality disperse or return to their sources, your ego vanishes. What is left after that is a mystery, which we have been trying to understand since the dawn of our civilization. Is there anything beyond it? “Yes,” say the Hindus;and “No,” say the Buddhists.

You do not have to agree with either of them. You have a choice. You can wait until Nature disintegrates and disperses your ego and all that you build in the vain hope of surviving death; or you can do it yourself through yoga and self-transformation and see what happens. The yogis do it. Painstakingly, they remove the threads that keep their egos intact. When they do it, they fall into silence. They become the silent ones (munis) because their egos die before their bodies. They have no interest to tell you what is happening to them. They have no being in them to tell you what is going on.

In worldly life, the ego is the facilitator; but in spiritual life, it is an obstacle. It is also often described as the false self or the lower self, which is even compared symbolically in some traditions to the enemy within or the demon. It is responsible for our individuality, duality and beingness. It creates and perpetuates in us the idea that individually we are distinct and different from the rest of the world and we need to work for our own survival and wellbeing.

Because of egoism, we assume ownership and doership and perform actions to satisfy our desires and secure our attachments. The ego touches every aspect of our worldly existence. It is our spokesperson, our message and our front. The life that we lead here upon earth is essentially its creation. The Bhagavadgita is very much a conversation between human ego and the eternal Self. Arjuna stands symbolically for the ego-self, while Lord Krishna represents the individual Self or the Supreme Self.

Arjuna's suffering is the suffering of an ego bred on ignorance, delusion, pride and passions. It arose from his limited knowledge, his sense of separateness, his identification with name and form, his attachment to his body, his belief that he was the doer of his actions and his anxiety about the outcome of his actions. He suffered from doubt and despair when he took upon himself the entire responsibility of waging a terrible war and thought of its consequences as directly influencing his life. In that state of anxiety and confusion, he did not remember the role of God in his life, even though Lord Krishna, God-incarnate, was right in front of Him, acting as his charioteer.

Because of its limited knowledge, the ego suffers from anxiety and uncertainty. Conflict and confusion are rooted in its consciousness. These qualities are well reflected in Arjuna's suffering and the doubts and moral problems he expressed about fighting the war against his own relations and acquaintances. He had delusion about his own identity as he identified himself with his name and form and thought about the same with regard to others.

Source: From the Essays on the Bhagavadgita by Jayaram V. To buy this book please Click here.