Books on the Saints and Gurus of Hinduism 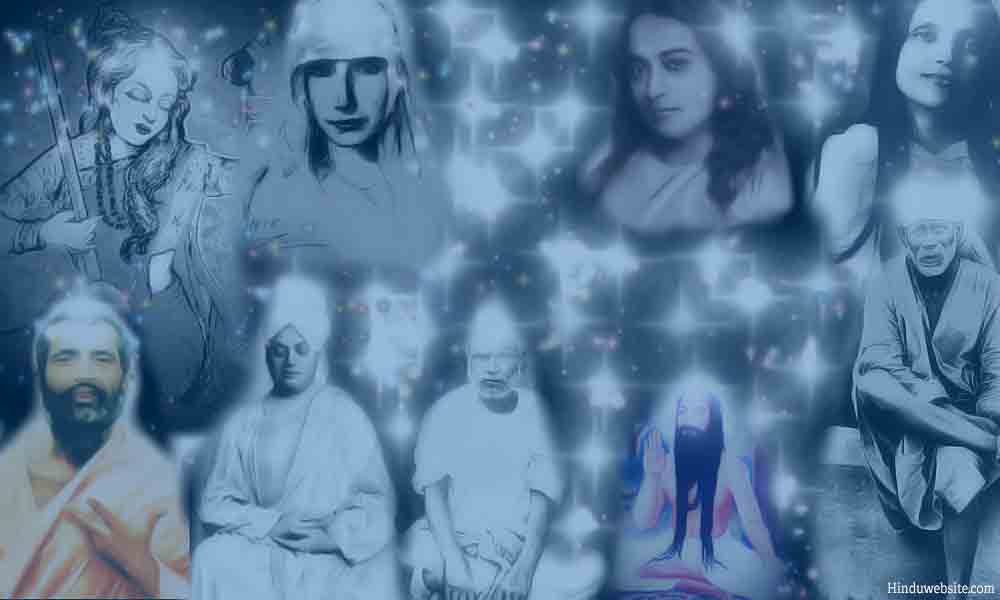 Find here a list of selected books on Hindu saints, spiritual masters, babas, gurus and spiritual leaders who played a prominent role in the preservation and propagation of Hinduism and related sects.

Books on Hindu Saints by Category

Autobiography of a Yogi: with bonus CD - Paramahansa Yogananda

The Yoga of Jesus - Paramahansa Yogananda $

Freedom from the Known - Jiddu Krishnamurti

The Eye of the I: From Which Nothing Is Hidden - Dr. David R. Hawkins M.D. Ph.D.

Awakening of Intelligence, The - Jiddu Krishnamurti

Think on These Things - Jiddu Krishnamurti

How Can I Help? Stories and Reflection on Service - Ram Dass

The Only Dance There Is - Ram Dass

Autobiography of a Yogi- Paramhansa Yogananda

Creativity: Unleashing the Forces Within (Osho, Insights for a New Way of Living.) - Osho

Positioning: The Battle for Your Mind - Al Rie

On Love and Loneliness - Jiddu Krishnamurti

The Hidden Power of the Bible - Ernest Holmes

White Lotus: An Explanation of the Seven-line Prayer to Guru Padmasambhava - Jamgon Mipham

Words to Live By: A Daily Guide to Leading an Exceptional Life - Eknath Easwaran

How to Be Happy All the Time - Paramhansa Yogananda

The Ending of Time - J. Krishnamurti

Inner Peace: How to Be Calmly Active and Actively Calm - Paramahansa Yogananda

Death of a Guru: A Remarkable True Story of one Man's Search for Truth - Rabi R. Maharaj

The Present Moment: A Retreat on the Practice of Mindfulness - Thich Nhat Hanh

The Transparency of Things - Rupert Spira

Maturity: The Responsibility of Being Oneself - Osho

Education and the Significance of Life - Krishnamurt

The Great Gate: A Guidebook to the Guru's Heart Practice, Dispeller of All Obstacles - Tsikey Rinpoche Chokling

Healing the Soul of America: Reclaiming Our Voices as Spiritual Citizens - Marianne Williamson

Meeting Life: Writings and Talks on Finding Your Path Without Retreating from Society - Jiddu Krishnamurti

Path of Fire and Light (Vol 2): A Practical Companion to Volume One - Rama

Karma and Reincarnation: The Wisdom of Yogananda, Volume 2 - Paramhansa Yogananda

Spiritual Initiation and the Breakthrough of Consciousness: The Bond of Power - Joseph Chilton Pearce

Transitions to a Heart Centered World: Through the Kundalini Yoga and Meditations of Yogi Bhajan - Guru Rattana

You Are That - Gangaji

Flight of the Eagle - J. Krishnamurti

The Masters and The Path - C.W. Leadbeater

Commentaries on Living I: Series One - J. Krishnamurti

Messages from Amma: In the Language of the Heart - Janine Canan

Where Are You Going?: A Guide to the Spiritual Journey - Swami Muktananda

The Guru of Joy: Sri Sri Ravi Shankar and the Art of Living - FranCois Gautier

Awake in the Heartland: The Ecstasy of What Is - Joan Tollifson

A Rare and Precious Thing: The Possibilities and Pitfalls of Working with a Spiritual Teacher - John Kain

No Way: A Guide for the Spiritually "Advanced" - Ram Tzu

The Wisdom of the Hindu Gurus Author: Timothy Freke;

Where Are You Going? Author: Swami Muktananda

From the Finite to the Infinite Author: Swami Muktananda

The Bhagavad Gita According to Gandhi Author: Mahatma Gandhi;

Nothing Exists That Is Not Shiva Author: Swami Muktananda

The Only Dance There Is Author: Ram Dass

The Himalayan Masters: A Living Tradition: Pandit Tigunait skillfully weaves the teachings of the sages into a fabric of absorbing and delightful stories, so that the reader easily understands what might, in another context, look like formidable philosophy. In addition, he makes it practical, down-to-earth, and applicable to the conditions of modern life. He effortlessly renders the ancient teachings for contemporary students. A yogi who came of age in the traditional culture of India and studied widely with a number of teachers, he has been living and teaching in the United States for almost two decades.

The Tradition of the Himalayan Masters: Pandit Tigunait skillfully weaves the teachings of the sages into a fabric of absorbing and delightful stories, so that the reader easily understands what might, in another context, look like formidable philosophy. In addition, he makes it practical, down-to-earth, and applicable to the conditions of modern life. He effortlessly renders the ancient teachings for contemporary students. A yogi who came of age in the traditional culture of India and studied widely with a number of teachers, he has been living and teaching in the United States for almost two decades.

Daughters of the Goddess: The Women Saints of India: This fine investigation presents six contemporary women saints of India who are considered to be the exemplification of the feminine aspect of the divine, living incarnations of the "Divina Mother" or "the Goddess." Johnsen, a longtime student of religion and spirituality, not only interviewed these women but also lived and walked among them in the United States and in India.

Storytellers, Saints, and Scoundrels: Folk Narrative in Hindu Religious Teaching: This book makes folklore accessible and interesting. The subject--stories recounted by hindu holymen and why and how they are told--is fascinating. Ethnographic information on the hindu religion and culture is brillant and full of life and humor. Kirin Narayan was also my University of Wisconsin-Madison anthropology professor and she was awesome!

The Graceful Guru This collection of nine all new essays looks at the phenomenon of the female guru both in its original Indian context, where Hindu women leaders have been unusual but not unknown, and as it has evolved on the American scene. Each chapter is devoted to a particular female guru, ranging from the fifth-century Tamil saint Karaikkal Ammaiyar to Gurumayi, who today presides over the worldwide movement of Siddha Yoga, headquartered in the Catskill resort town of South Fallsburg, New York.