Books On Sikhism And Sikh Faith 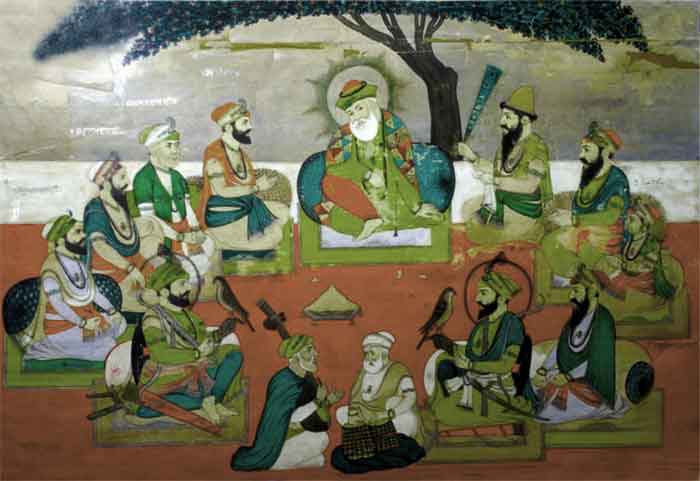 Books on Sikhims by Category

Adi Granth or the Holy Scripture of the Sikhs Author: Ernest Trumpp;

Sikhs of the Punjab, The Author: J. S. Grewal;

A History of the Sikhs Author: Khushwant Singh;

The Sikhs of the Punjab Author: Joyce Pettigrew;

The Lives and Teachings of the Sikh Gurus Author: Harish Dillon;

The Illustrated History of the Sikhs Author: Khushwant Singh;

The Birth of the Khalsa Author: Nikky-Guninder Kaur Singh;

The turban and the sword of the Sikhs Author: Trilochan Singh;

Songs of the Saints from the Adi Granth Author: Nirmal Dass;

Religious Beliefs and Practices of the Sikhs in Rural ... Author: Clarence Osmond McMullen;

Understanding Sikhism by W. Owen Cole (Author) One of the world's major faiths with more than 20 million adherents, Sikhism is a religion which most people, including academics, seem to ignore. This introduction assumes no prior knowledge on the part of the reader. At the centre of the religion is the scripture, the Guru Granth Sahib, it is the focus of Sikh theology and practice to the extent that no one is allowed to come between it and the believer. There is no priesthood. A particular aspect of Sikhism is its relationship with and attitude to other religions, something of particular significance in our multi religious society.

The Guru Granth Sahib: Canon, Meaning and Authority by Pashaura Singh This important study looks at the genesis, development, and contemporary status of the Adi Granth as Sikh scripture. It offers a new perspective on the general sses through which the community appropriates and interprets it.

The Sikhs of the Punjab by J. S. Grewal "... simply the best, most clearly written, and most useful one-volume historical survey of the subject that currently is available.' Religious Studies Review '... a valuable text for students who wish to study Sikh history, and fundamental reading for scholars of South Asian history and religion.' The Journal of Asian Studies 'A timely publication which the rulers in Delhi would do well to read." The Hindu

Sikhism: A Very Short Introduction by Eleanor Nesbitt The Sikh religion has a following of over 20 million people worldwide and is ranked as the world's fifth largest religion. However, events such as the verbal and physical attacks on Sikhs just after September 11 indicated that they were being mistaken for Muslims, and suggests that the raising of sufficient and appropriate awareness about Sikhism still needs to be addressed. This book is one of the first to introduce newcomers to Sikhism's meanings, beliefs, practices, rituals, and festivals. Eleanor Nesbitt highlights the key threads in the fascinating history, from the Gurus and the development of the Sikh appearance, to martyrdom and militarization in the 17th and 18th centuries, and the diaspora. She also examines the recent proliferation of Sikh lifestyles in today's news and entertainment media. This book is an essential guide to increasing understanding of the Sikh religion and culture.

Sikhism (Religions of the World Series) by Gurinder Singh Mann This series provides succinct and balanced overviews of the religions of the world. Written in an accessible and informative style, and assuming little or no prior knowledge on the part of the reader, each book gives a basic introduction to the faith—its history, beliefs, and practices—and emphasizes modern developments and the role and impact of the religion in today's world. Sikhism is a concise and readable survey of the history of Sikhism, from its founding in the Punjab in the sixteenth century to its spread across the globe today. Focusing particularly on the modern period, it provides a valuable introduction to contemporary Sikh beliefs, devotional activity, and sacred space. Sikhism looks at the ways in which this regional religious tradition has become a global religion and how it continues to adapt and meet the challenges of the modern world.

The Sikhs by Patwant Singh Sikhism is one of the world's gentlest religions--a sort of eastern version of Anglicanism. It is as though someone had taken the best bits of Hinduism and Islam and merged them into a religion accessible even to the most secular of souls. There is no class or caste system, hence the men are all called Singh (Lion) and the women Kaur (Princess), and it makes no great claim to be the only way; indeed, unlike most religions, it actively promotes the idea that its followers may learn from other faiths. And yet, the popular image of Sikhs as fierce warriors is almost diametrically opposed to the tenets of their faith. Just how this came to be is wonderfully told in 's history of the Sikhs, published to coincide with the 300th anniversary of the Khalsa--the most important date in the Sikh calendar. As may be expected, Singh is a highly partisan narrator. The Sikhs are always bold and noble, and those who oppress them--the Moghuls, the Hindus, and the British--are conniving and duplicitous. But this aside, he tells a truthful story of the early days of Sikhism up to the 20th-century partition of the Punjab and the diaspora to East Africa and Britain. But the book really takes off when we reach the modern era. He provides a moving account of the storming of the Golden Temple in Amritsar by Hindu troops acting on the authority of the Indian government in 1984. This led directly to the assassination of Indira Gandhi by her two Sikh bodyguards, which in turn brought swift and widespread retribution, as thousands of Sikhs were rounded up and massacred. What Patwant Singh doesn't answer, though, is why so many people have felt so threatened by Sikhism over the centuries. Sikhs do not proselytize their religion and they make up only two percent of the Indian population, yet they have been persecuted throughout their history. Maybe, just as nature abhors a vacuum, so religions abhor moderation. --John Crace, Amazon.co.uk --This text refers to an out of print or unavailable edition of this title.