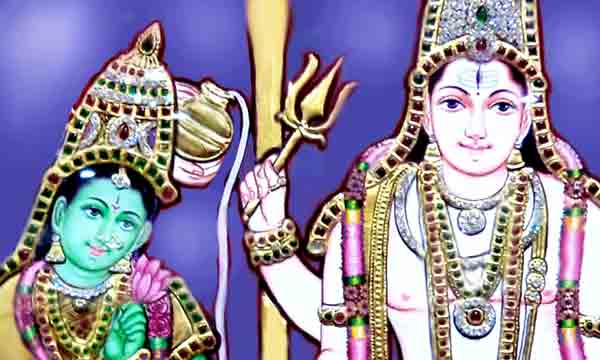 Summary: In this essay we have provided information about Hindu marriages, the rituals performed during the wedding ceremony, the social dimension, types of marriages and the problems associated with them, in addition to select resources on the subject.

Hindu marriage is called Vivah and the wedding ceremony is called Vivaha samskar. In Hinduism a marriage is considered a samskara (sacrament) because in Vedic tradition it is an important turning point in the life of a householder and in the destiny of the souls that depend upon the marriage for their return to the earth.

A lot of importance is attached to marriages in Hinduism since it is considered an integral part of man's obligatory duty upon earth to get married, procreate children, ensure the continuation of the family lineage, serve the ancestors and God in ensuring the order and regularity of the worlds.

Hindu marriage ceremonies are colorful, and the celebration may extend for days depending upon the social and economic status of the bride and the bridegroom. In some respects, they also present a huge, social and economic problem to Hindu families, since they have to spend a lot of money to organize the event and keep the guests and relations happy with proper arrangements.

Pre marriage rituals include a formal get-together of the families on both sides, usually at the bride's place, to facilitate a meeting between the bride and the groom. Once they give their mutual consent, parents proceed with other arrangement such as fixing the marriage date, writing a formal declaration of marriage called the lagna patrika, choosing the marriage hall (mandap), finalizing the guest lists, printing the invitation cards, exchanging gifts, and reaching a formal agreement about dowry and duties and responsibilities of both sides during the marriage function, etc.

The common marriage rituals include inviting the bridegroom to the marriage place called mandap, giving away the daughter as a gift to the groom called kanyadan, tying a knot called mangalsutra, holding the bride's hands and accepting her called panigrahan, and walking seven steps together around the fire altar called saptapadi. All the rituals are performed by a Vedic priest accompanied by appropriate Vedic chants. The marriage is performed in the presence of gods as the witnesses. As in other Vedic sacrifices, Agni, the fire God acts as the primary recipient of the offerings that are made to gods in the marriage. The bride is also one of the offerings. The Chants which are used in the marriage ceremony are mainly in Sanskrit. However, the priests also use native languages while giving instructions to the groom and the bride during the ceremony to help them perform the rituals, take the oaths or chant the mantras.

Common post-wedding ceremonies include, arranging some traditional games between the bride and the groom to increase their playfulness, watching the star Arundhati, sharing a meal, receiving blessings from the elders, family photographs, and driving the bride from the marriage hall to where the groom and his family stay or live. At the main entrance to the groom's house, the newly married couple are welcomed with traditional aarati. The bride kicks a vessel of food grains that are kept at the entrance of the house, before stepping inside first with her right foot and next with the left foot since right foot is considered auspicious. The event marks the beginning of the householder's life for the couple.

Most Hindu marriages are arranged marriages. Even in love marriages, the couple prefer marrying in the traditional style in the presence of their parents and families. A Hindu marriage is an elaborate social engagement and contract, in which elder on both sides play an important role in fixing the marriage, performing the ceremony and supporting the couple until they settle down. If any disputes arise between couples in the early stages of marriage, the elders usually interfere to save the marriage. Since elders act as counselors, marriage counseling is not a popular profession in India as it is in the West. Divorce rates in Hindu families are also comparatively less. Most couples stay in the marriage, even if they have problems of compatibility, due to social pressures and family obligations, or to save the reputation of their families.

Hindu marriages are governed both by law and by tradition. Once the couple marry in the traditional manner, it is irrevocable except through a divorce either by mutual consent or by a formal decree from the court. Hindu marriage act prohibits polygamy or polyandry. A Hindu cannot marry another spouse if he or she is already married, except in some extenuating circumstances as stated in the law.

Before India became independent and the British formulated the legal system, Hindu marriages were governed by local customs and Hindu law books. The law books prescribed a strict code of conduct to regulate the institution of marriage and safeguard the interests of the couples engaged in marriage. The laws were mostly caste and gender specific and traditionally favored men rather than women. They recognized eight types of marriages. It is however unclear, how far people feared followed the law books. We may safely assume that the law books were enforced mostly in Vedic communities among the upper castes. Where the Vedic influence was weak, people probably followed the local customs. The eight types of traditional marriages recognized in Hindu law books are listed below. Of them, the first four considered lawful (prashasta) and the last four unlawful (aprahasta). Traditionally, the first two were popular among the higher castes and the last two among criminals and outcastes.

This is a marriage through mutual consent, in which the father of the bride gives away his daughter in marriage to the bridegroom whom he formally approves. The marriages are conducted according to Vedic customs in the presence of elders on both sides. Currently most Hindu marriages in India are conducted in this manner. In the past, this was the preferred marriage for the Brahmanas.

In this marriage the father of the bride offers her to a groom, usually a Brahman priest, as a sacrificial offering, gift, or fees in return for the services rendered by the priest. Such marriages were common in the past when Vedic sacrifices were popular, and when the host of the sacrifice had many daughters through multiple wives.

In the past these marriages were common among the ascetic communities, seers and sages, who were allowed by tradition to marry and raise families. In this marriage the father would give his consent in exchange for a cow and a bull.

As the name suggests these marriages were popular among the commoners or the simple folk (praja) who could not afford the traditional, expensive marriages. In these marriages, which are similar to present day civil marriages, the bride and the groom would exchange garlands in the presence of friends and family as witnesses and declare themselves formally married. Such marriages are still popular among educated people and poor people who cannot afford expensive marriages or who think that traditional marriages are a waste of money.

In this marriage, the bride's father gives his consent under pressure, fear, or due to material, economic or financial consideration offered by the groom. For example, if a groom is from a rich family or a powerful family, likes a girl and wants to marry her by all means, whether she is inclined or not, he may take recourse to this method to win over her father and marry her. In the past kings, feudal lords, and rich merchants engaged in this type of marriage. Such marriages are currently rare, but they do take place. Hindu law books do not approve of this type of marriage, and declare it as demonic.

This is a coercive marriage, in which instread of taking the bride's consent brute force is used to force her to marry the groom. Today's such marriages will not only be considered unlawful but criminal, since they involve the use of violence, kidnap, and even rape. However, even in today, in some parts of India, where the law is slack, you may often hear cases where either the groom or the bride are kidnapped and married forcibly.

In this marriage, the groom would rape the bride first without her consent or after making her unconscious. People in feudal societies resorted to this type of marriage to settle score, seek vengeance or establish their authority and control over others.

A Hindu marriage is not just a marriage, but a covenant between two souls in the presence of gods. Both the bride and the groom are expected to take vows to uphold the sanctity of marriage, perform their respective householder duties to ensure the continuity of their family tradition, and the order and regularity of the world. Some of the negatives associated with Hindu marriages are listed below.

1. Hindu marriages are expensive and often drain the families, especially the bride's family.

2. Dowry is a huge, social and economic problem.

3. In some families the brides are subjected to mental and physical abuse.

4. Arranged marriages can lead to complicationss, as they put additional strain upon the newly married couples to meet with the expectations of the family and deal with possible family interference and lack of privacy.

The following are a few important internal and external resources on Hindu marriages for your further study and understanding.

Ideals of a Hindu Marriage: Why is it Sacrosanct? - About.com