The Hindu Way Of Life. Links and Resources 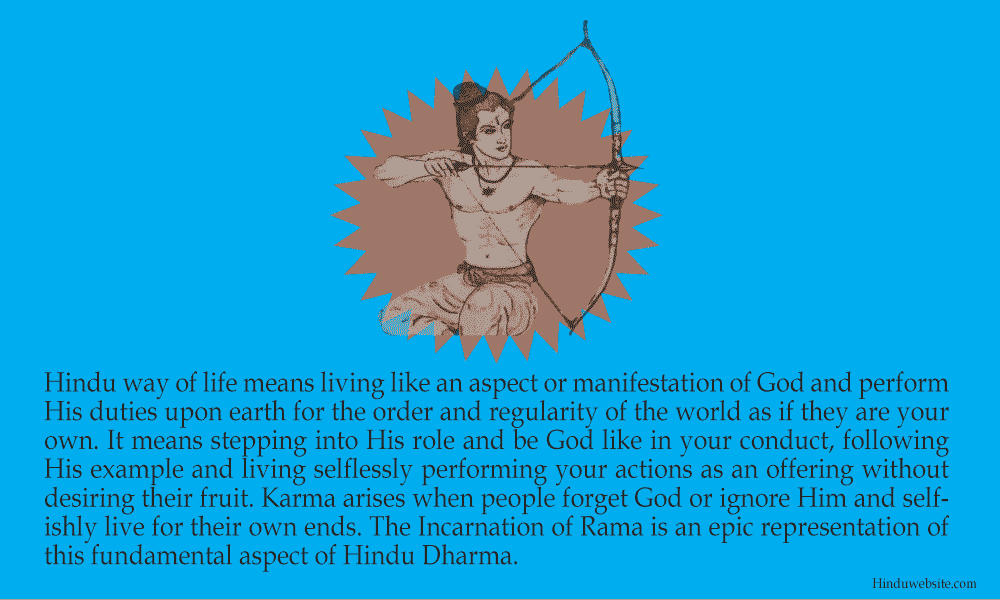 The Ritual and Ceremonial Aspects of Hinduism

Hinduism is popularly known as a way of life. It has many layers. It has a ritual aspect, a spiritual aspect, a ceremonial aspect, a social aspect, and a mystic aspect. Since it contains a complex set of diverse beliefs and practices, it is not easy to understand Hinduism. It also has a higher aspect which contains the deeper aspects of its philosophy and mystic practices and a lower aspect which is mostly about its rituals and sacrificial ceremonies. People follow both of them or either of them according to their needs and inclination. We have included here a few external links which will throw some light on the different aspects of Hinduism as a way of life. These links have not been verified in recent years. Hence, they may contain a few dead links.

The 24 Letters of Gayatri Mantra

Hinduism Is Not a Religion

Why and How to Pray

The Significance of Hindu Marriage Rituals

SamyujDhara: Hindu Family and Marriage: A Study of Social ...

An Introduction to Hinduism by Dr. CP.Ramaswami Aiyar, and others.

SpiritWeb: God and Gods of Hinduism

What is Hinduism? -- Barsana Dham

On the Name(s) of the Absolute in Hinduism, Judaism

The divine incarnation in Hinduism and Christianity

Ch. 1 from The Prophet and his message by Dr. Khalifa

Christianity and Hinduism: Domination or Dialogue?

Swami Vivekananda and the after-life

ARTICLE : What are the Hindu Beliefs? Hinduism Today

Rationale behind Hindu Customs and Beliefs: Interact Inn All

SpiritWeb: God and Gods of Hinduism

Disclaimer:The following are links to Hindu Way of Life and related subjects. Since theye are third-party links we do not have any control over them and we cannot guarantee their accuracy or their authenticity. The links are being provided as a convenience and for informational purposes only; they do not constitute an endorsement or an approval by Hinduwebsite.com of any of the products, services or opinions of the corporation or organization or individual. Hinduwebsite.com bears no responsibility for the accuracy, legality or content of the external site or for that of subsequent links. Contact the external site for answers to questions regarding its content.