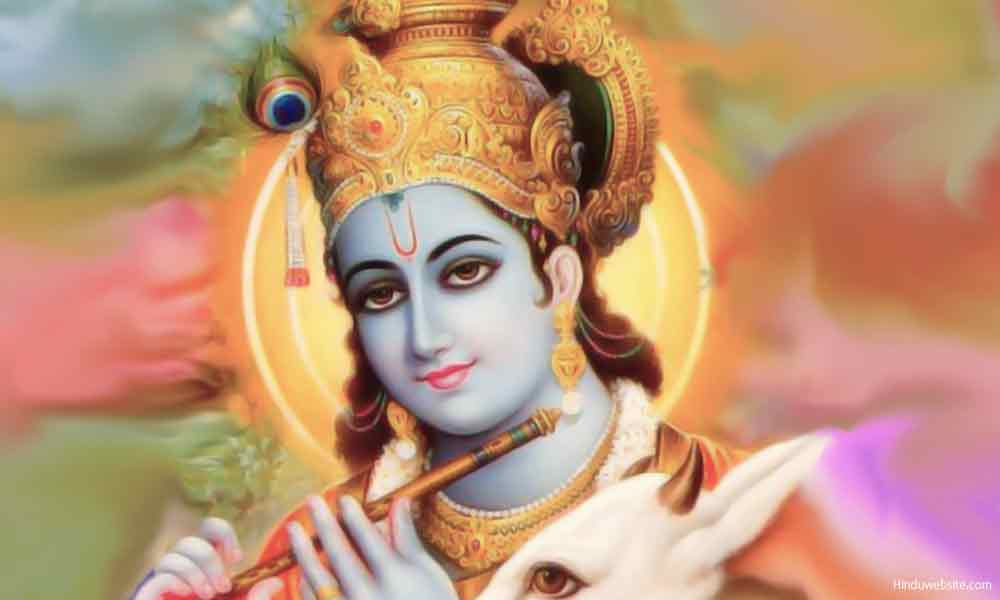 This essay is about the importance of Jnana Karma Sanyasa Yoga or the Yoga of enlightened action with the attitude of renunciation.

Jnana Karma Sanyasa Yoga is explained in the fourth chapter of the Bhagavadgita as one of the effective paths that lead to quick liberation. As the name implies, in jnana karma sanyasa yoga you combine the best aspects of jnana (knowledge), Karma (actions) and Sanyasa (renunciation) to resolve the problem of bondage arising from actions (karma bandha) and attain union with God. Jnana Karma Sanyasa Yoga refers to the enlightened state (yoga) of a yogi in which he combines the best principles of these three approaches to achieve liberation.

In this holistic approach karma is central. You must know how to perform actions without being bound by them and avoid the consequences which arise from them. Hence, Jnana Karma Sanyasa Yoga is essentially the practice of karma yoga with right awareness, right understanding, right discernment and right attitude. In this yoga, your actions (Karma) are neutralized from one side by knowledge and from the other by renunciation, so that they no more bind you, nor produce any consequences for you.

Jnana Karma Sanyasa Yoga is the best solution for those who lead worldly lives. It is the ideal solution for the householders to perform their worldly duties and still escape from the cycle of births and deaths. Certainly, it is superior to the path of knowledge (jnana yoga) or the path of actions (karma yoga) or the path of renunciation (sanyasa yoga) when they are practiced in isolation since it harmoniously incorporates all the three into an integrated yoga that is bound to be triple effective.

God as the role model

From the words of Krishna we know that since it is a superior yoga, even God practises it in performing his duties as the creator, upholder and destroyer of the world. For the same reason, he also imparts the knowledge of it to humans. In the beginning of creation he taught this imperishable yoga to Vaivasvat, one of the first born sons of Brahma, who taught it to Manu, the progenitor of humans, and Manu in turn taught it to King Iksvaku, who was the ancestor of Lord Rama.

He also states that the knowledge which he taught was lost in time, as it happens with much of the revelatory knowledge since the force of Dharma is cyclical and tends to weaken and decline from one epoch to another. Hence, he appeared upon earth from time to time to teach the knowledge and restore Dharma. We know from the Bhagavadgita that God is the upholder of Dharma. Even though he is without desires, he performs his duties for the continuation of the worlds and beings.

Whenever Dharma is on decline and evil is in ascendance, he incarnates upon earth for the protection of the good, the destruction of the wicked and reestablishing Dharma. Therefore, the best way to live upon earth is to follow the example of God and be like him in every possible way. For that we must have right knowledge to perform actions with right attitude, so that like God we remain free from the consequences of our actions. Let us examine the importance of each of these in the practice of Jnana Karma Sanyasa Yoga.

Knowledge is important. If you perform actions with right knowledge, your actions will not produce karma, nor will they bind you. You cannot live without performing actions. However, if you perform actions without knowing how to resolve karma, you will remain forever bound to the cycle of births and deaths until the end of times. Hence, Krishna says that you must know the right way to perform actions in the sacrifice of knowledge (jnana yajna), which is better than material sacrifices (dravya yajnas).

Once you have the right knowledge to practise karma yoga, you will not fall into delusion and you will not become bound. That knowledge should be acquired from the enlightened ones, the seers of truth, by falling at their feet, asking questions and doing service. Faith is equally important to learn the right knowledge and to practise karma yoga correctly. The Bhagavadgita states that a person who does not have faith perishes as he engages in desire-ridden actions and fails to stabilize his mind in the contemplation of God.

How can you cultivate faith? Krishna says the best way to strengthen faith and dispel doubts is by acquiring right knowledge. The method to acquire knowledge from seers is already explained. Krishna suggests that knowledge is also acquired through faith and austerities. A person who has faith and control over his body and senses, gains right knowledge and through that attains supreme peace even while engaged in actions. They do not bind him since he renounces desires, and his doubts are dispelled by knowledge.

Resolving the problem of karma is the chief purpose of Jnana Karma Sanyasa Yoga. It has to be done by following the example of God who performs numerous duties and engages in several actions but who is never bound by them. According to the Bhagavadgita, the best way to perform actions is to practise the sacrifice of knowledge (jnana tapas), or using knowledge as an offering in righteous actions.

No one can remain without performing actions. Our lives depend upon them. In the mortal worlds only actions ensure quick success. Even worshipping gods and making offerings to them through sacrifices are actions only. Krishna says that people approach God in many ways, and he rewards them according to the paths and the methods they choose. However, in performing such actions they should know how to remain unaffected by them or their consequences.

How do we know whether our actions lead to bondage or to liberation? The Bhagavadgita suggests that there is no better example of knowing how to perform actions than God himself, who is the source of all actions. Although he performs many duties for the order and regularity of the worlds, he remains the inexhaustible non-doer (akartaram avyayam). Actions do not taint him, because he does not desire the fruit of his actions. He remains indifferent and detached from all that, which arise from him as a projection, modification, manifestation or movement. Those who know it and follow the principle of detachment and indifference are not bound by their actions.

The scripture also states that the mysterious path of karma yoga is better understood by knowing what action is, what wrong action is and what inaction is. He who knows action in inaction and inaction in action is a true karma yogi and wise among people. If actions are free from desires and if one does not desire the fruit of such actions, one remains inactive even when he is engaged in actions.

This is the secret of karma yoga. A person whose actions are burnt by such austere knowledge is the true scholar (panditah). By giving up attachment to the fruit of his actions, seeking nothing and depending upon nothing, he remains disengaged from actions even though he performs actions. By following the footstep of God in his life and in perform his duties, he quickly attains liberation.

Lord Krishna states that without desire or expectation, with his mind firmly under his control, giving up all his possessions, performing only the body related functions, the karma yogi incurs no sin even when he performs actions. As the true renunciant who is devoted to God and follows his example in shaping his life and destiny, he remains contended with whatever comes to him by chance, without striving and hankering after things. He transcends the pairs of opposites (dvanda), overcomes envy and remains equal to both success and failure, so that actions do not bind him.

Hence, for liberation a devotee’s mind should be established in the knowledge of God, in duty and in renunciation. He should know how to perform his duties with right knowledge and right attitude, giving up desires and attachments and seeking nothing in return. When he uses right knowledge to perform righteous actions with the spirit of true renunciation and lives his life like God upon earth, his actions become completely dissolved.

This in essence is Jnana Karma Sanyasa Yoga. Karma arises when we perform actions with desires for selfish ends. When we know, just as the wise ones, that all actions arise from God and subside in him like the waves on the surface of the ocean, we renounce both ownership and doership and cross that ocean in the raft of faith with our doubts dispelled.

In the sacrifice of life, God is the act or offering (arpanam) and the oblation (havih). It is he who pours the burnt offering into the fire of sacrifice. It is he who enjoys the fruit of the sacrifice. Therefore, as the Bhagavadgita recommends, one should perform actions with the mind fully absorbed in God. People perform various kinds of actions in their lives according to their gunas. They should know how to escape from their consequences. All actions and sacrifices arise from God only. Hence, they should be rightfully offered to him.