The Taiittiriya Upanishad Of The Yajurveda 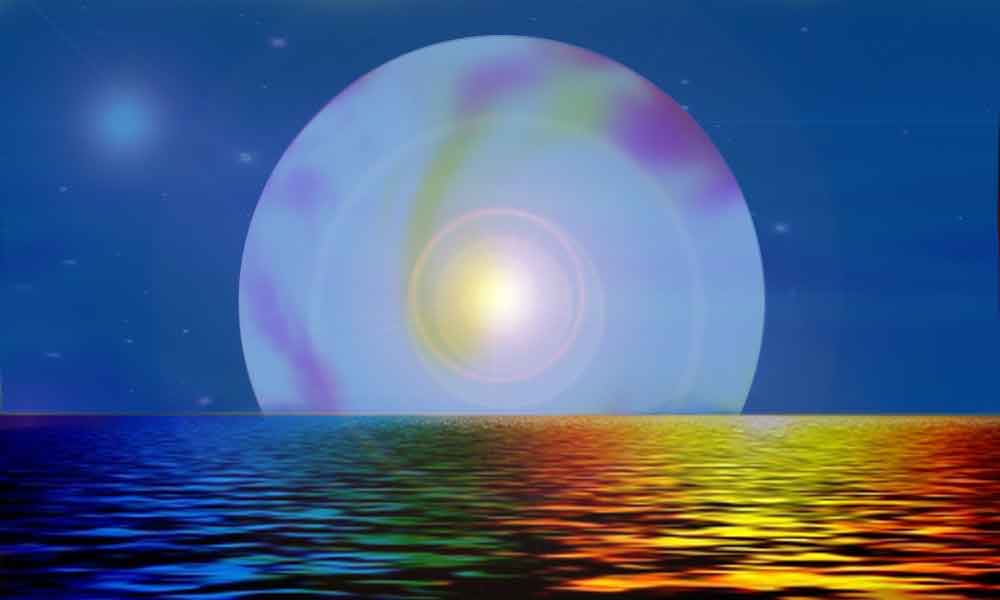 May Mitra be kind to us.
May Varuna and the blessings of Aryama.
May also the grace of Indra and Brahaspati.
And Vishnu the strider of the world.
Salutation to Brahman, and Vayu,
who alone I deem as Brahman visible.
I declare that you are right and you are good.
May that Brahman protect me and protect the speaker

The science of pronunciation we shall now expound
The sounds, the tone, the measure, and the force for articulation
The uniformity and continuity in their pronunciation are all important.
The chapter on pronunciation is thus explained.

Having heard the basics of pronunciation from the teacher
the students invoke Brahman and pray for the glory of both.

And the teacher then explains
the secrets of conjunction of words
using the five perceptible objects:
the Universe, the light, the knowledge,
the people and the body.
These are known as the five great aggregates.

Regarding the universe, the teacher explains like this:
the earth is the first form,
the heaven the second,
and the space in between is the middle.
The air is the connecting element.
This is it should be about the universe.

Regarding light the teaching is like this:
fire is the first form, the sun is the second.
Water is the middle.
Lightening is the connecting element.
This is how it should be about light.

Regarding knowledge the teaching is like this:
the teacher is the first form,
the taught is the second.
Learning is the middle.
The instruction is the connecting element.
This is how it should be about knowledge.

Regarding people the teaching is like this:
Mother is the first form,
father is the next.
The progeny is the middle.
Procreation is the connecting element.
This is how it should be about the people.

Regarding an individual the teaching is like this:
the lower jaw is the first form,
the upper jaw is the second form.
Speech is the middle.
Tongue is the connecting element.
This is how it is about the individual.

These are called the great combinations.
And he who understands them as explained here,
becomes associated with progeny, with cattle,
with the luminosity of Brahman,
with food etc.,and with the worlds of golden hue.

He who is found eminently among the hymns of the Vedas,
who has originated from the immortal hymns of the Vedas,
may that great Indra fill me with intelligence. May I become
a possessor of that which gives me immortality. May my body
become strong and able. May my tongue yield the nectar of honey.
May my ears listen abundantly. You, who are the intellect and
the sheath of Brahman, may you preserve my learning.

May I become prominent among men. Svaha !
May I become distinct among the rich. Svaha!
Lord of Luminosity (Sun God),
May I enter into you. Svaha!
May You too enter into me. Svaha!
Among your innumerable branches (Sun rays) may I become purified.
As water flows downwards,
As months move towards years,
May the students of Brahman come to me from all places. Svaha!
You are the refuge.
Transmit Your power to me and possess me.

Bhu, Bhuva and Suvah are
the three words of mystical importance.
Above these there is another
called Maha, declared to us
by sage Mahachamasya.
This verily is Brahman.
It is the body, while the other
three divinities are its limbs.

Bhu is this world. What is called Bhuva is the firmament.
Suvah is the world beyond.
What is called Maha is Aditya,the sun.
It is by Aditya that the worlds are nourished.

The above mentioned four are again four each in number.
He who knows these four verily knows Brahman.
All the Gods carry their offering to Him.

That which is with in the heart is the space
where in lives Purusha of the mental, immortal and golden sheaths.
Between the two palates where lies the small tongue,
where the hair is parted (while combing) and
the skull is divided into two equal halves,
It is the place of Indra's origin.

Use this Link for a Complete Translation of the Taittiriya Upanishad with text and commentary by Jayaram V.