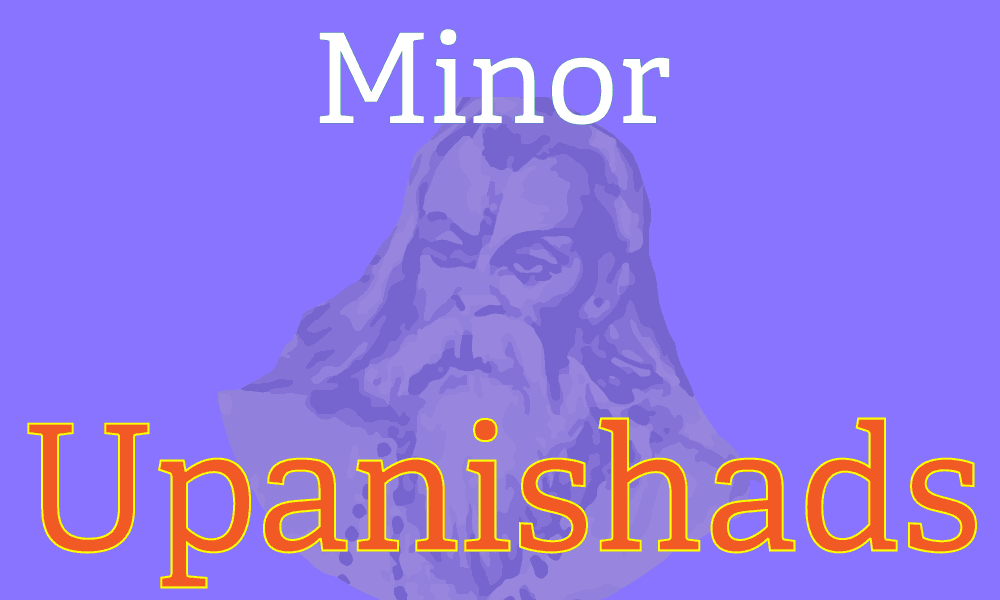 Upanishad means sitting near. They constitute the end part of the Vedas. Hence they are also known as Vedanta, the end of the Vedas. There are over 200 Upanishads associated with the four Vedas, composed during different times over a period of about 4000 years. Of them 12 are considered Principal Upanishads and 108 important ones. Of the 12 Chandogya and Brihadaranyaka account for over 60% of the total verses. The Upanishads deal with various aspects of ritual and spiritual philosophy of Hinduism. Their approach is mostly philosophical with occasional reference to the symbolism hidden in the Vedic rituals. They also speak about the significance of several divinities, such as Brahma, Vishnu, Shiva, Indra, Rama and Krishna. It is not sure how the name minor Upanishad came into existence or what criteria has been used to classify them. The term denotes Upanishads of later origin. They are relatively less significant since they restate important doctrines and concepts which have already been discussed elsewhere. Most of them are also sectarian in their approach, emphasizing the doctrines of either Shaivism or Vaishnavism or Shaktim. Still they are important for our study and understanding of the Vedic philosophy in particular and Hinduism in general. The following are 22 Minor Upanishads translated by P.R.Ramachander with introduction by Jayaram V.